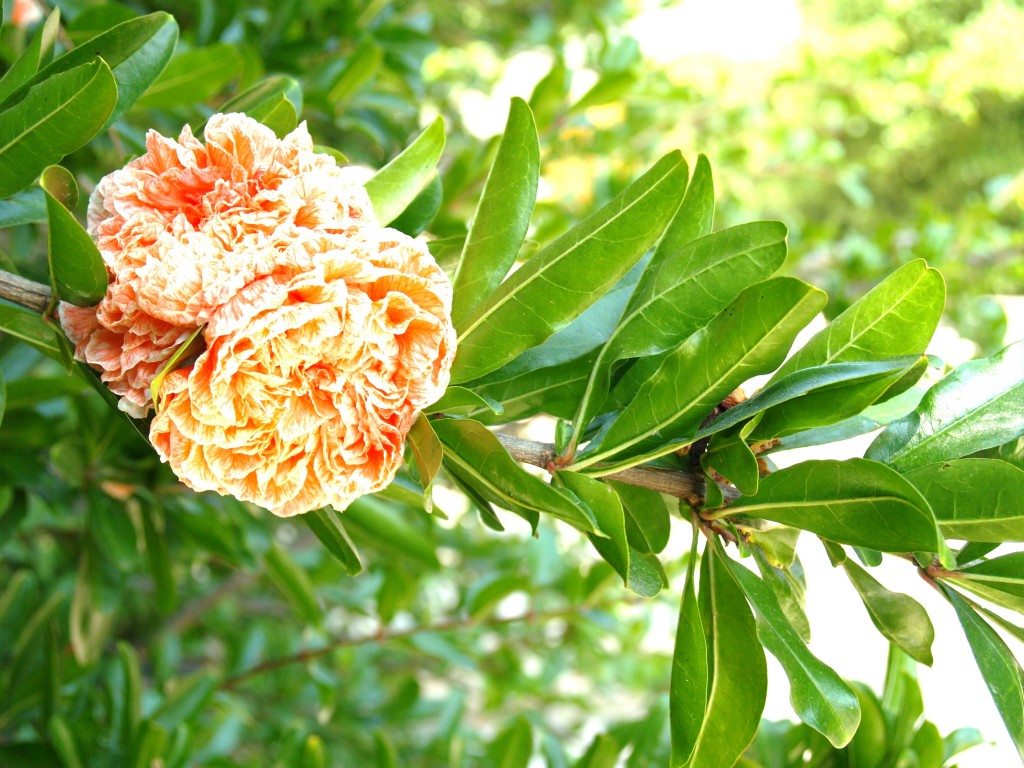 From the Punica genus and Punicaceae family, the Pomegranate is a deciduous shrub or small tree, which can reach a height of up to 5 m.

It has brownish-gray branches, the youngest of quadrangular section. The wild specimens have thorns on the branches.

The leaves are glossy green, opposite, simple and oblong.

Flowering occurs between May and September and the dark orange flowers (sometimes white) occur in groups of one to three. The flowers are hermaphrodites, that is, they have both male and female sexes.

The pomegranate fruit, is of complex structure, spherical, coriaceous and crowned by chalice teeth. It is internally compartmentalized by membranes that house numerous prismatic seeds surrounded by a fleshy, edible pulp of intense transparent pink and a sweet flavour.

This plant originated in the Eastern Mediterranean and the Himalayas, extending from there to the Mediterranean. In Portugal it is mainly cultivated south of the Tagus, where it is also found in the wild, in forests and hedgerows of horticultural fields. Grown in full sun or half shade and resistant to dryness, it tolerates various types of soil.

Pomegranates contain antioxidants, useful in combating heart disease and aging. Branches, flowers and fruit are rich in tannins and have been used as astringents and tanning agents. The root is used as an intestinal dewormer.

It is a resistant plant, rarely affected by pests or diseases. Propagation is done by seeds and cuttings.