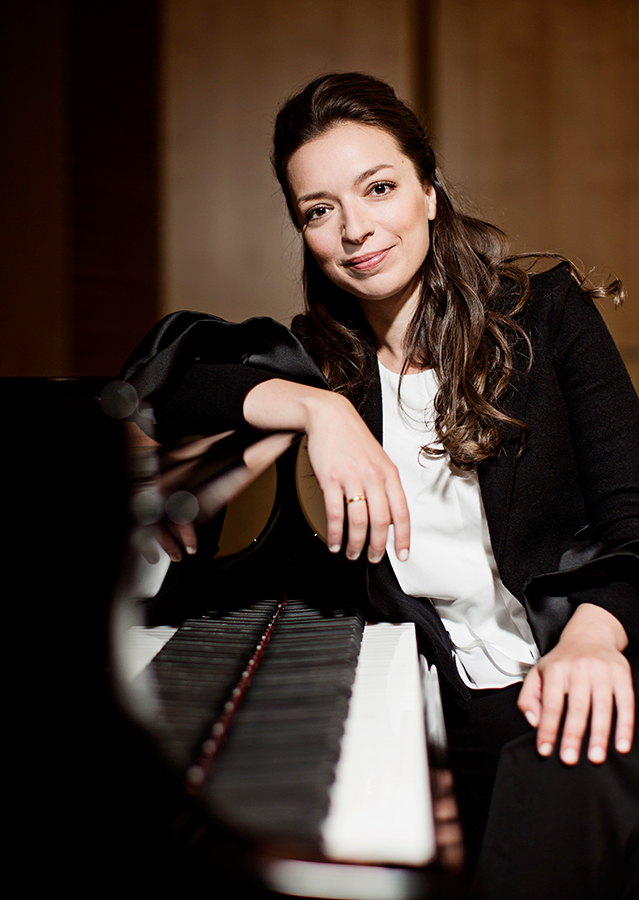 Yulianna Avdeeva rose to fame when she won First Prize in the Chopin Competition in 2010. She has since embarked on a world-class career and her artistic integrity is rapidly ensuring her a place amongst the most distinctive artists of her generation. After performing the Macao Orchestra’s season opening concert, Yulianna Avdeeva ventures on a dynamic 2016/17 season which includes reinvitations from the Academy of St. Martin in the Fields with Sir Neville Marriner on tour in Europe and the Bournemouth Symphony Orchestra on tour in the UK. Further highlights include recitals at London’s International Piano Series, the Wigmore Hall and the Moscow International House of Music and new orchestra collaborations with the Sarasota, Slovak Philharmonic and Gulbenkian orchestras. A regular performer throughout Asia, this autumn sees Yulianna Avdeeva work with the New Japan Philharmonic and perform solo recitals throughout Japan.

Yulianna Avdeeva’s Chopin performances have drawn particular praise, marking her out as one of the composer’s foremost interpreters. Her long association with the Fryderyk Chopin Institute has won her a huge following in Poland. Her second solo recording on Mirare, featuring works by Chopin, Mozart and Liszt, was released in 2016. She also released a recording of the Chopin concertos with the Orchestra of the Eighteenth Century and Brüggen. In 2015, Deutsche Grammophon featured Yulianna Avdeeva in a solo recording as part of a milestone collection dedicated to the brightest winners of the Chopin Competition between 1927 and 2010. Yulianna Avdeeva began her piano studies at the age of five with Elena Ivanova at Moscow’s Gnessin Special School of Music and later studied with Konstantin Scherbakov and with Vladimir Tropp. At the International Piano Academy Lake Como she was taught, among others, by William Grant Naboré, Dmitri Bashkirov and Fou Ts’ong. In addition to her Chopin prize, she has won several other prizes including the Bremen Piano Contest in 2003, the Concours de Genève 2006 and the Arthur Rubinstein Competition in Poland.