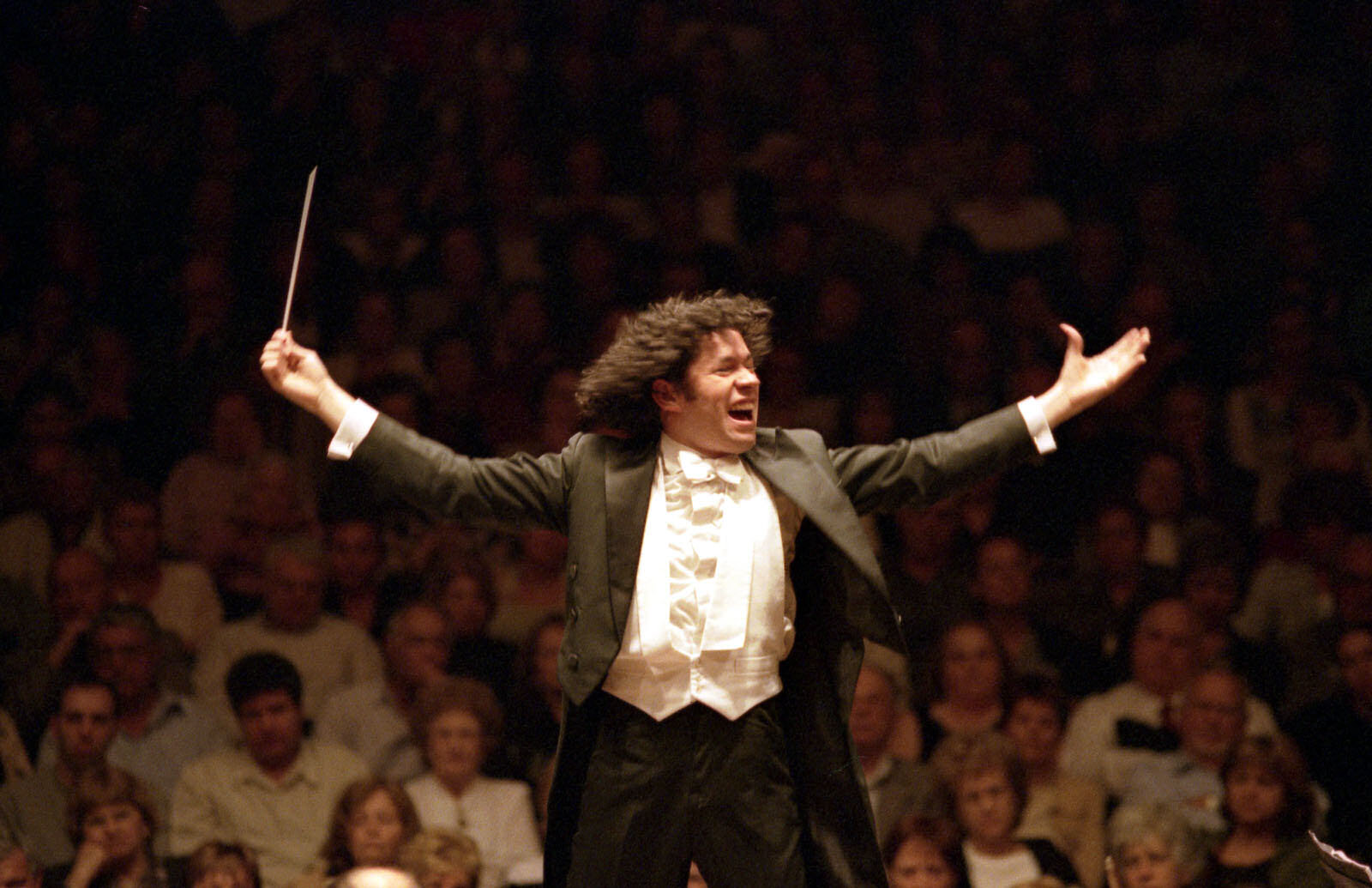 Driven by an unwavering belief in the power of music to heal, unite, and inspire, Gustavo Dudamel is one of the most distinguished conductors of our day. From the great concert halls to classrooms, video screens and movie theaters, Dudamel’s remarkable career of musical achievements and championing of access to the arts for young people around the world demonstrates music’s extraordinary capacity to transform lives.

Dudamel’s 2018/19 season will center around the centennial celebration of the Los Angeles Philharmonic and his tenth year as their Music & Artistic Director. Other highlights of the season include his debut at the Metropolitan Opera conducting Verdi’s Otello; tours with the Berlin Philharmonic, Munich Philharmonic, and Mahler Chamber Orchestra; and his first extended academic residency at Princeton University.

A lifelong advocate for music education and social development through art, Dudamel himself was shaped by his childhood experience with El Sistema, the extraordinary program of immersive musical training initiated in 1975 by José Antonio Abreu. Entering his 19th year as Music Director of the Simón Bolívar Symphony Orchestra, Dudamel also carries on the work of his late mentor with his ongoing commitment to El Sistema in Venezuela, and by supporting numerous Sistema-inspired projects around the world, including Big Noise in Scotland, Vienna’s Superar program, SerHacer in Boston, and El Sistema Sweden.

One of the few classical musicians to truly reach mainstream audiences while maintaining the highest musical integrity, Gustavo Dudamel has been featured three times on CBS’ 60 Minutes and was the subject of a PBS special, Dudamel: Conducting a Life. He has been interviewed by Christiane Amanpour on CNN, Conan O’Brian on Conan, Stephen Colbert on The Late Show, and Elmo on Sesame Street. He had a cameo role in Amazon Studio’s award-winning series Mozart in the Jungle and, together with members of YOLA, became the first classical musician to participate in the Super Bowl Halftime Show, appearing alongside pop stars Coldplay, Beyoncé, and Bruno Mars. In 2017, he was the youngest-ever conductor to lead the Vienna Philharmonic’s famous New Year’s Day Concert, watched annually by over 60 million people in 90 countries. At John Williams’ personal request, Dudamel guest-conducted on the soundtrack for Star Wars: The Force Awakens; he also recorded James Newton Howard’s soundtrack to Disney’s holiday blockbuster The Nutcracker, in which he makes an on-screen cameo.

Gustavo Dudamel is one of the most decorated conductors of his generation. In recognition of his advocacy for the proliferation of the arts in the Americas, he received the 2018 Paez Medal of Art and the Pablo Neruda Order of Artistic and Cultural Merit, the Americas Society Cultural Achievement Award in 2016, and the 2014 Leonard Bernstein Lifetime Achievement Award for the Elevation of Music in Society from the Longy School of Music. In 2013, he was named Musical America’s Musician of the Year and was voted into the Gramophone Hall of Fame. He was named one of Time magazine’s 100 most influential people in 2009.

Gustavo Dudamel was born in 1981 in Barquisimeto, Venezuela. He achieved international attention by winning the inaugural Bamberger Symphoniker Gustav Mahler Competition in 2004. He then went on to become Music Director of the Gothenburg Symphony (2007-2012), where he currently holds the title Honorary Conductor. Inspired by Dudamel’s early musical and mentoring experiences, the Gustavo Dudamel Foundation, a registered charity, was created in 2012 with the goal of promoting access to music as a human right and a catalyst for learning, integration, and social change.

For more information about Gustavo Dudamel, visit his official website:  gustavodudamel.com. You can find more about the Gustavo Dudamel Foundation at dudamelfoundation.org