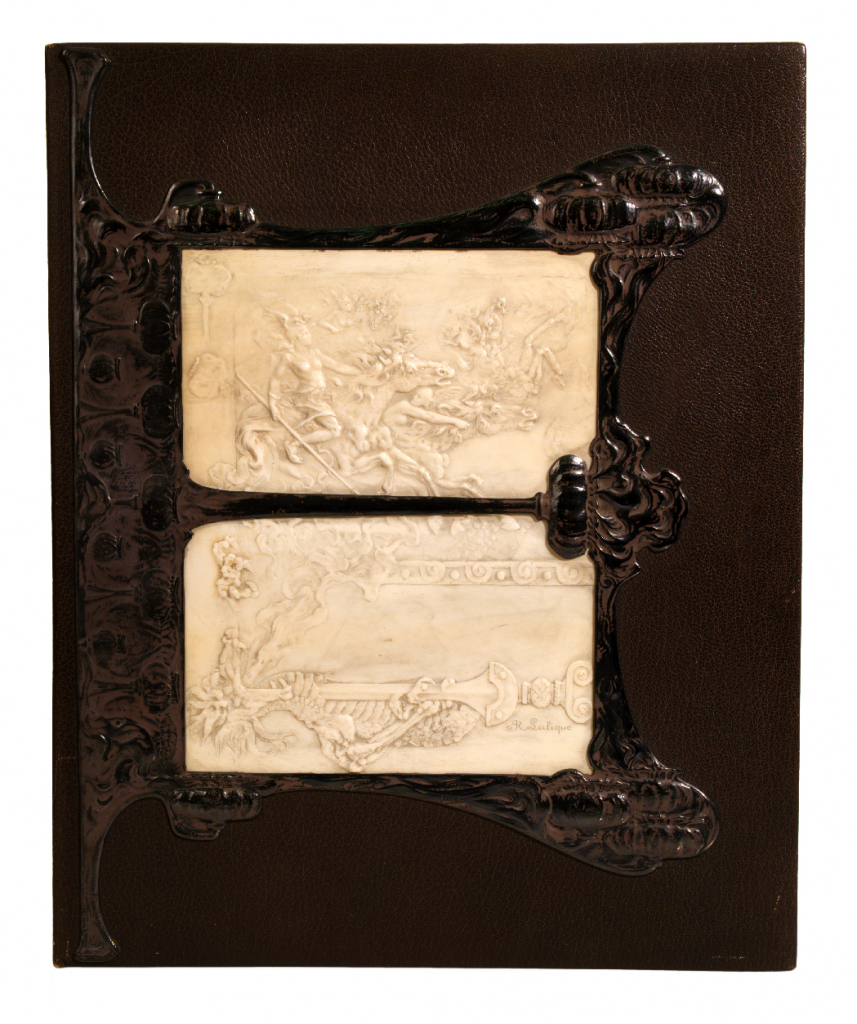 Lalique exhibited this piece, his first to use ivory, in the Sculpture Section of the Salon of the Society of French Artists in 1894. The suggestion to do so may have come from his friend, the actress Sarah Bernhardt, who also exhibited some of her sculptures there.

The large cover in green morocco was designed to hold musical scores. The decoration of the front consists of a large ivory plaque – signed by Lalique in the bottom right corner – with low relief sculpting depicting a cavalcade of Valkyries. This uses the same tour-à-reduire that can be found on many other works by the artist. It has a frame in patinated silver that is completely decorated with stylised poppies, a symbolic allusion to the world of dreams. The undulating flowers are characteristic of the spirit of Art Nouveau.

This score cover, which dates from the early period of Lalique’s individual work, clearly demonstrates his versatility in mastering a wide range of materials. Calouste Gulbenkian kept the drawings of the Lalique pieces in his collection inside this cover.

Acquired by Calouste Gulbenkian from René Lalique, May 190