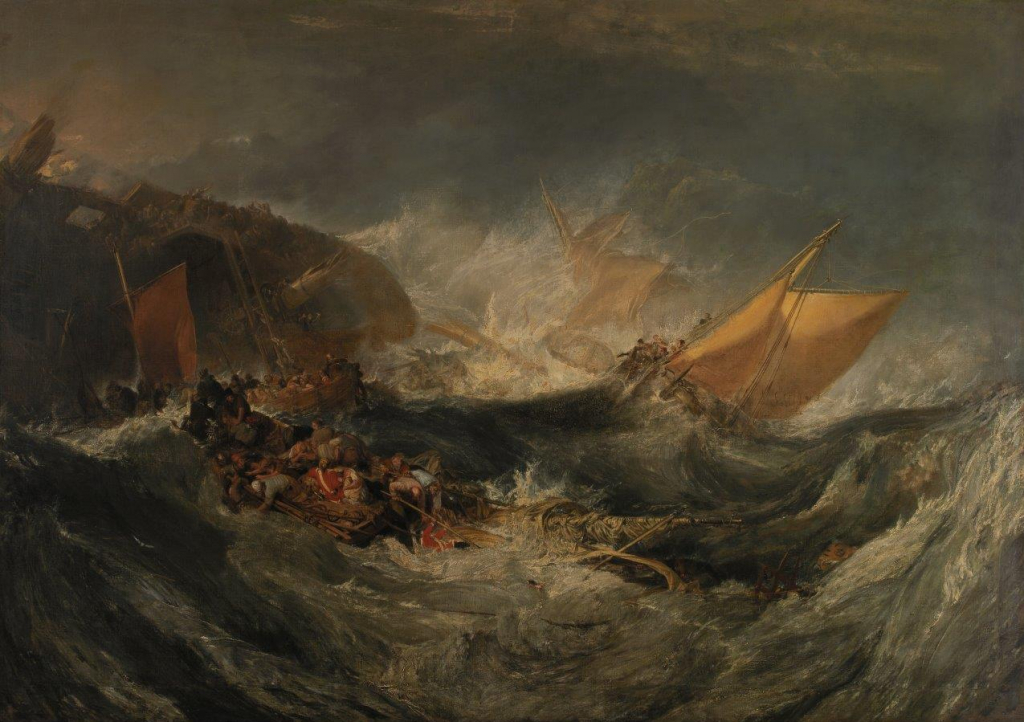 The Wreck of a Transport Ship

The painting is part of a series of large-scale compositions executed by Turner in the first decade of the 19th century dedicated to the depiction of natural catastrophes and sea storms, started with The Bridgewater Seapiece (private collection, on deposit at the National Gallery, London). In the past, the painting has been connected with the Minotaur, a ship which was wrecked in December 1810, however, this theory has been abandoned. This composition appears to have been influenced by The Shipwreck (Tate Britain, London) from 1805.

The construction of the space, deliberately asymmetrical and chaotic, is developed through the use of diagonals of broken masts and oars which are juxtaposed against the swirling seas. The human element, insignificant and lost, is about to surrender to the violence of the waves.

This work reveals an extreme sensibility towards nature within the finest English seascapes, in which, for a seafaring nation par excellence, the shipwreck subject was especially appreciated. Turner not only absorbs the legacy of the Dutch tradition – by Willem van de Velde, the younger, in particular – but also associates with its pictorial expression the importance of collective imagination of that period, which his contemporaries lived with true emotion and obsession.