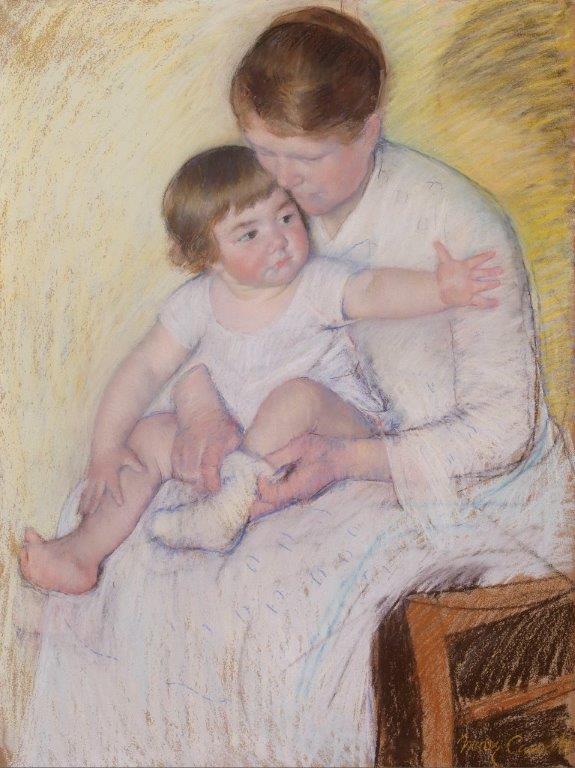 Dating from around 1891, this pastel by Mary Stevenson Cassatt is from a period when the style of the most well-known female Impressionist was fully developed and characterised. The subject of motherhood, which makes up roughly a third of all her work, was a recurring subject from the 1880s onwards, undergoing constant variations around intimate scenes inspired by the domestic life of the bourgeoisie at the end of the 19th century and based on an identical format.

Derived from genre painting, this pastel owes its more significant plastic quality to the expressiveness of the drawing, simultaneously revealing Cassatt’s obvious fascination for the correct usage of white, something which seduced a significant number of her Impressionist contemporaries. Also common to other works of the same type is the decision to contrast the more finished style of the rosy cheeks of the figures with the freeness of the diagonals that schematise the remaining elements of the composition, the result of a rapid execution that sought above all to capture the spontaneity of the moment.

Although exhibiting a slightly different perspective, two drawings related to this pastel are known of, one incomplete (private collection) and the other practically finished (Museum of Art, Rhode Island School of Design), both dating from around 1890.