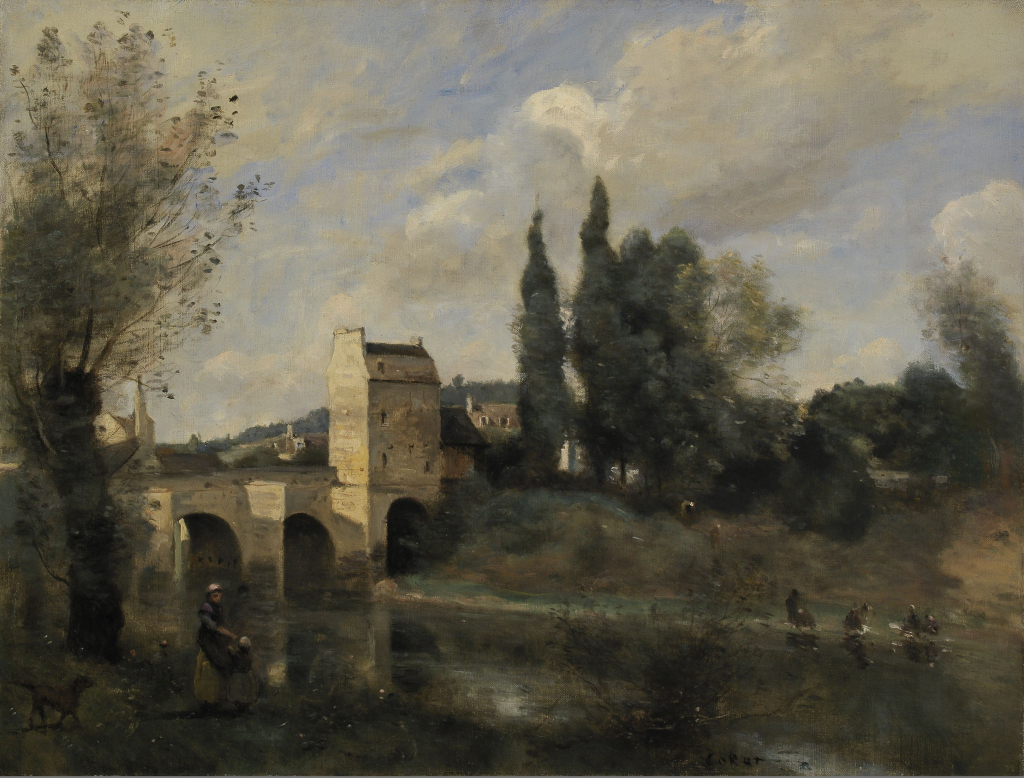 The Bridge at Mantes

Corot’s predilection for the small city of Mantes-la-Jolie, which is situated a few kilometres to the north-east of Paris and is seen in this case from the Île de Limay on the Seine, is revealed by a significant numbers of works of varying configurations that almost always feature the old Medieval bridge and the Gothic cathedral. The earliest of these works was created in the mid-nineteenth century while the latest appeared around 1868-70, when this painting was produced. It should be noted that the outskirts of the French capital were one of the artist’s favourite subjects throughout his career and representations of them therefore appear abundantly in his work.

The work exhibits soft fluid fluent brushstrokes that make it seem as if it had been moved by a gentle breeze and by a freshness that floods all of the senses. On the other hand the atmosphere, which serves as a unifying element, is established through the light, a key factor in allowing the viewer to perceive the essential quality of the landscape, which is described as a whole rather than in fragmentary form. Generally displaying naturalist influences, Corot’s art in this period is decisively marked by this diffusion and translucency, through which, as the artist himself asserted, sensations captured in the open air are reproduced without ever losing sight of the importance of the first impression.