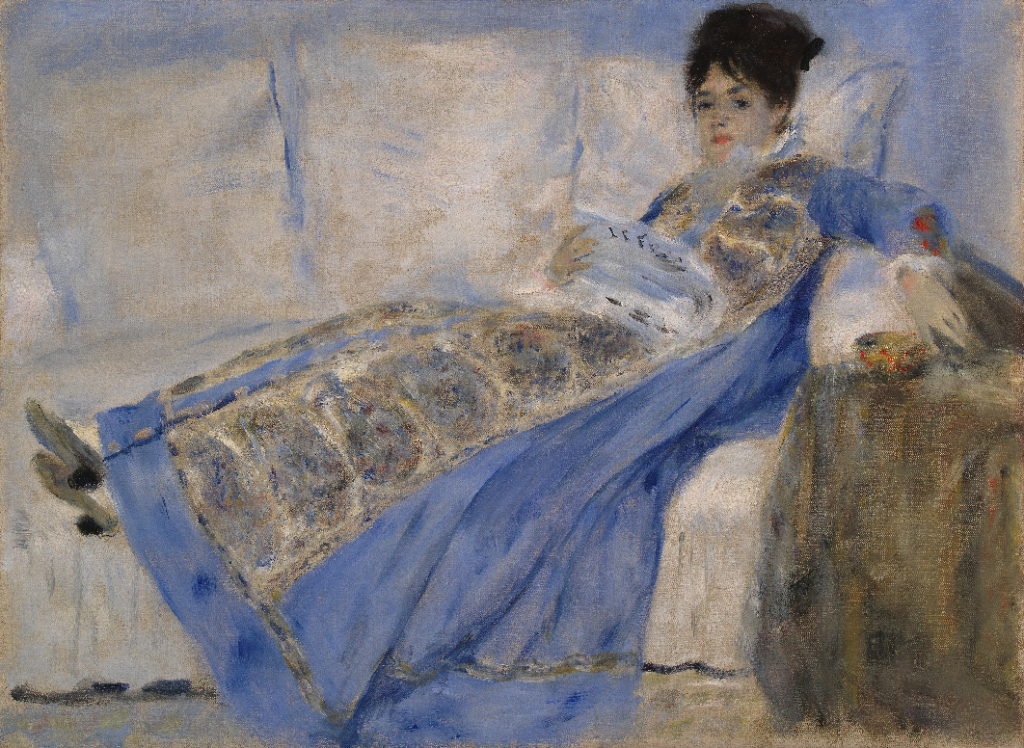 This portrait dates from the period when Renoir paid frequent visits to the Monet family in Argenteuil. The figure of Camille is a habitual presence in works by the great names of the Impressionist movement, to which she has inevitably been linked.

The most remarkable and, at the same time, most innovative aspect of the painting is the openly impressionist manner in which Renoir tackles the theme, lending this interior scene an atmosphere redolent of open-air painting. The diffuse distribution of the light, which extends across the surface of the painting, helps to create an overall sense of freshness. The forms, which are highlighted by unequal focus points, are dissolved in the majority of the composition and are therefore devoid of real substance.

The intimist realism that characterizes the motif, a mark of modernity, reflects a trend that was common among Renoir’s generation. Clear references are therefore made to contemporary life (Madame Monet reads Le Figaro), the fashion for japanism (the bowl resting on the table), and the allusions to the art of Goya and Manet suggested by the diagonal arrangement of the elongated figure.