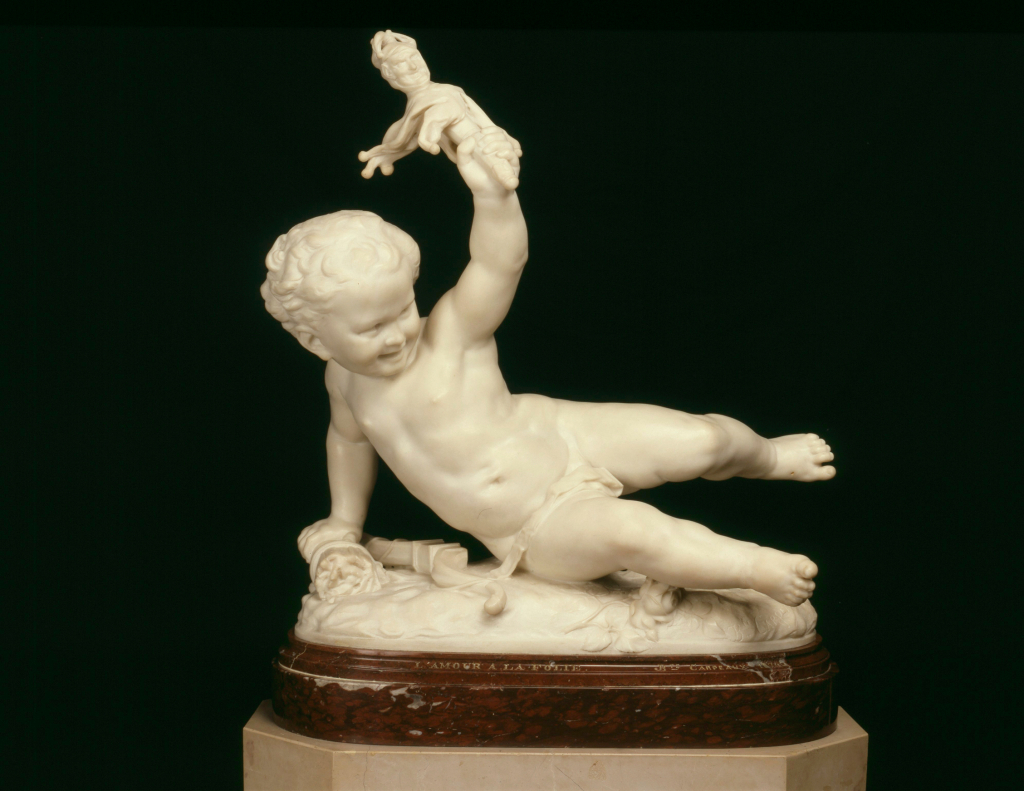 Like Rodin, Carpeaux often made use of fragments of his larger sculptures, granting them an independent existence. This was the case with Amour à la Folie, a composition taken from The Dance (unveiled in 1869), a decorative group executed by the sculptor at the invitation of his friend, the architect Charles Garnier, to decorate the facade of the Paris Opera House. L’Amour à la Folie is the child who reclines at the feet of the Genius of Dance, with his right hand resting on a quiver and the left raised, playfully shaking a puppet to encourage festivities.

When he sculpted l’Amour à la Folie as an independent piece, Carpeaux maintained the Cupid’s original pose by bringing him out from his previous position behind the Genius’s feet, where he was partially obscured by the feet of the bacchantes. By taking away his status as an attribute of the Genius of the Dance, Carpeaux stripped the work of its initial meaning. The L’Amour à la Folie became a traditional sculpture, in the spirit of eighteenth-century putti, continuing the tradition of the children sculpted by Pigalle.

It was Carpeaux’s brother, Emile, in charge for the commercial side of the studio, who convinced him to produce separate editions of various fragments of his larger groups, taking advantage of the popularity that they had achieved in order to recuperate the costs incurred, which, in the case of The Dance, had been three times greater than the amount received for the commission.