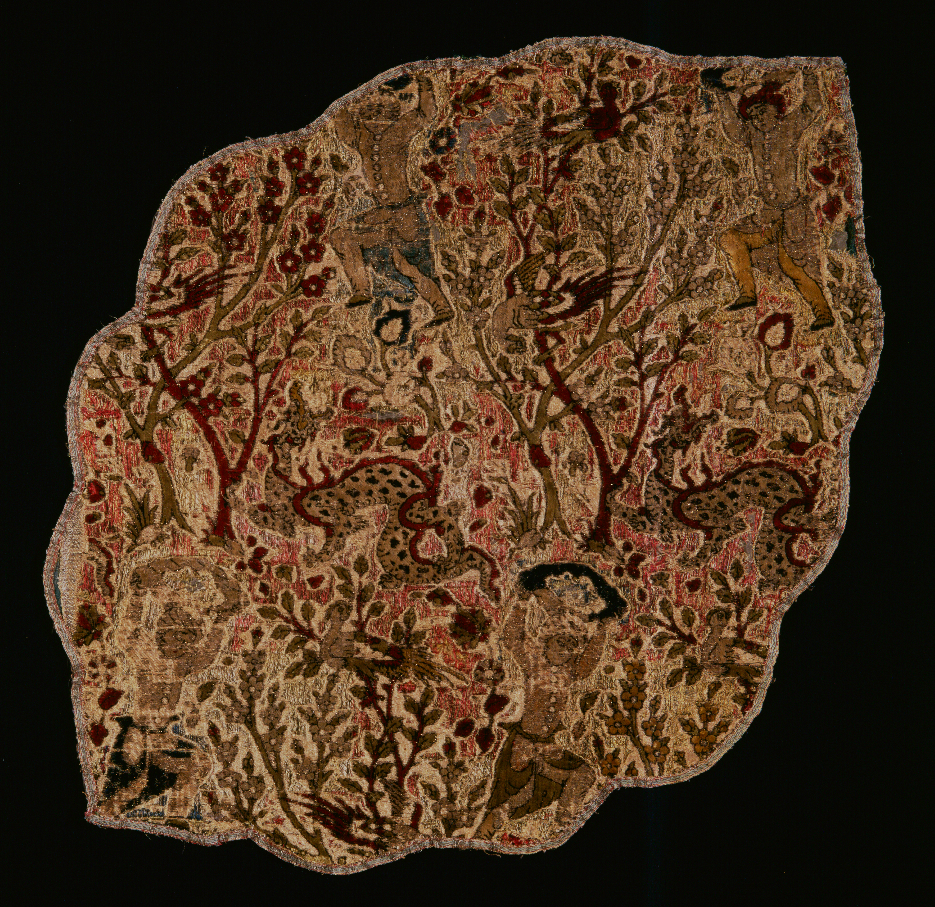 This fragment of polychrome velvet, in the form of an oval medallion, with lobed outlines, represents Iskandar, Alexander the Great, trying to kill a dragon, the symbol of evil, with a huge stone. The scene is successively repeated in the midst of landscape with bushes and richly plumed birds. As is characteristic of the many fabrics from Safavid Persia, the composition of the design is repeated alternately in the inverse position.

The decorative motif, one of the favourites of the period, is also represented in a silk coat belonging to the Armoury Museum in the Kremlin in Moscow. There are also other fragments of the identical material in the Metropolitan Museum in New York and in the Textile Museum in Cleveland.

It is possible that this velvet may have decorated a campaign tent, captured from the Turkish Army at the siege of Vienna, in 1638.