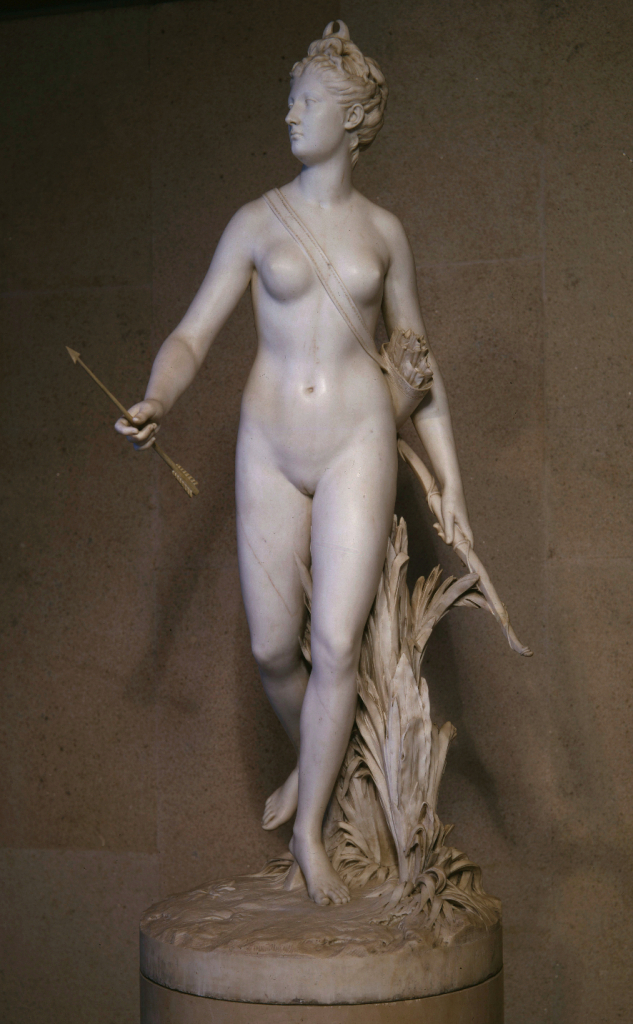 This masterpiece of French eighteenth-century sculpture, by Houdon gives Diana an original treatment, presenting her naked and running, in contrast with the static and idealised Diana of his predecessors, dressed in a tunic as a symbol of virginity.

In this version Diana had all her usual attributes: a bow, arrows and the moon in the last quarter on her head. In this version, in marble, however, because of technical demands due to the excessive weight of the material, Houdon was forced to create support points: a clump of aquatic plants at the base and a quiver of arrows to consolidate her left arm.

A unique example, the statue belonged to Catherine of Russia, and was on display in the Hermitage Museum. Its popularity had more to do with a number of factors, including the scandal caused by her complete nudity, which, at the time, was regarded as excessive and inappropriate.

Catherine II empress of Russia; The Hermitage, St. Petersburg (bought in 1784); Acquired by Calouste Gulbenkian through his representative in Paris, June 1930.