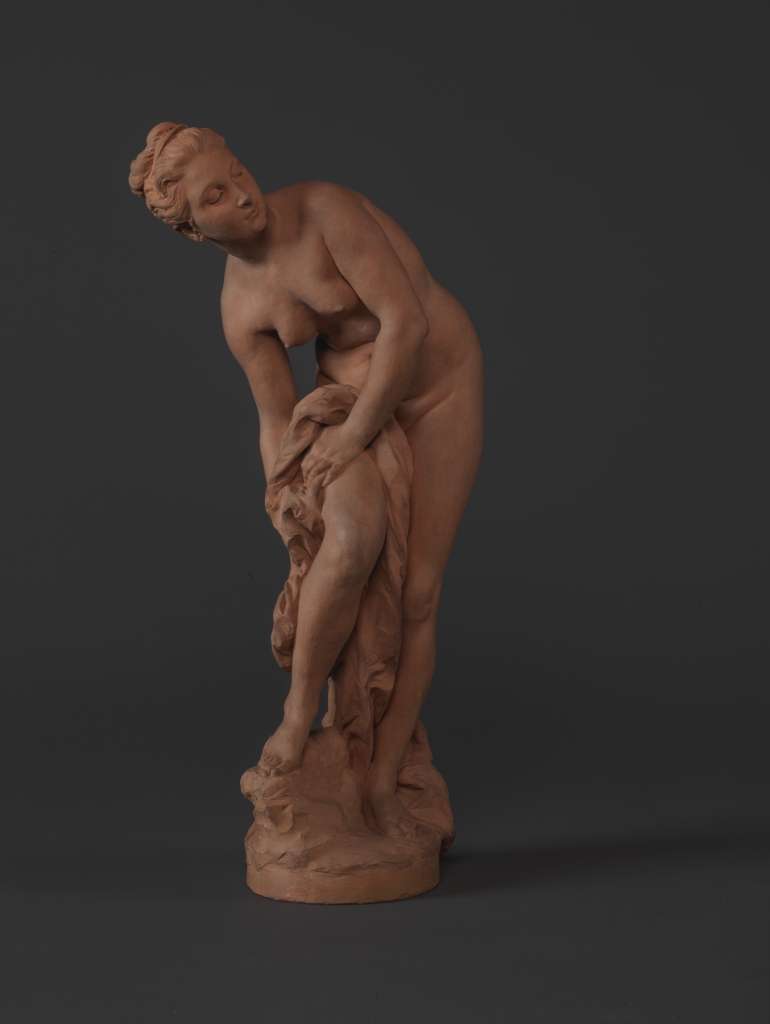 Like many sculptors, Dalou was a master at executing the female nude, which, in the eighteenth-century tradition, he portrayed in small sculptures of bathers. These works were a constant throughout his life, even during the final period of his career when he was extremely busy with public monument commissions for the city of Paris. This diversion was an expression of pure personal pleasure, functioning as a respite of an almost recreational nature between tasks which involved greater responsibility. It also gave him the opportunity to compare his work with that of his predecessors, particularly Falconet and Houdon, who had set the bar for excellence in this genre.

The statuette owned by the Gulbenkian Museum, which belonged to the collection of Colonel Heseltine, was described by Maurice Dreyfous in his 1903 book dedicated to Dalou’s life and work. This distinguishes it from many other pieces which have fallen into anonymity, since none of them was exhibited, either at the Paris Salon or the Royal Academy in London, making it difficult to establish their chronology.

Dalou’s biographers note that the sculptor occasionally sold some of these statuettes and even received commissions for versions in marble, notably from the Comtesse de Rouvres and Colonel Heseltine.