The seventh issue of the magazine Contemporânea focuses on photography, its hybrid nature and the role it plays in the art world. It explores the question of the photograph as a work of art, which was analysed by Walter Benjamin during the 1930s and by Susan Sontag four decades later, as well as being tackled by many artists during the 1960s and 1970s. Eduarda Neves is the guest editor of this issue, which brings together renowned names in the field of contemporary art.

Jaime Welsh was invited by the CAM and by Contemporânea to create a photographic project, thinking of the pages of the magazine as a positive space. The For Laura series, taken at the Gulbenkian Foundation, forms the basis of this project. In January 2022, the CAM Collection incorporated two works from the series: For Laura (slice) and For Laura (velvet).

Talking about this series in the magazine Umbigo, Francisca Portugal refers to them as ‘highly manipulated photographs that are the result of a combination of methodologies relating to a constructed reality, within the reach of a camera. Based on distortion, the addition of masks and reflections, the artist concentrates on the relationship between the human element and the interior space. This place of limitation, behind glass, is inhabited by a body that is seeking and at the same time waiting. It thus evokes the feeling of psychic alienation. This feeling is heightened by the architectural characteristics, exacerbated by the vanishing points in the corners of the room, creating a general impression of vertigo and optical illusion. This latent discomfort and lingering doubt is mirrored distinctly in the countenance of the face and the posture of the photographed figure.  The body is upright, tense, the forehead moist and the eyebrows loaded with expression. Perhaps the protagonist is focusing on the enclosed void, on the nausea of a confined space, sterile and silent.’

Jaime Welsh (Lisbon, 1994) lives and works in London. He recently presented his work at Galeria Madragoa (Lisbon) and completed his MFA at Goldsmiths – University of London, in 2021, with a grant from the Calouste Gulbenkian Foundation (2018-2021). 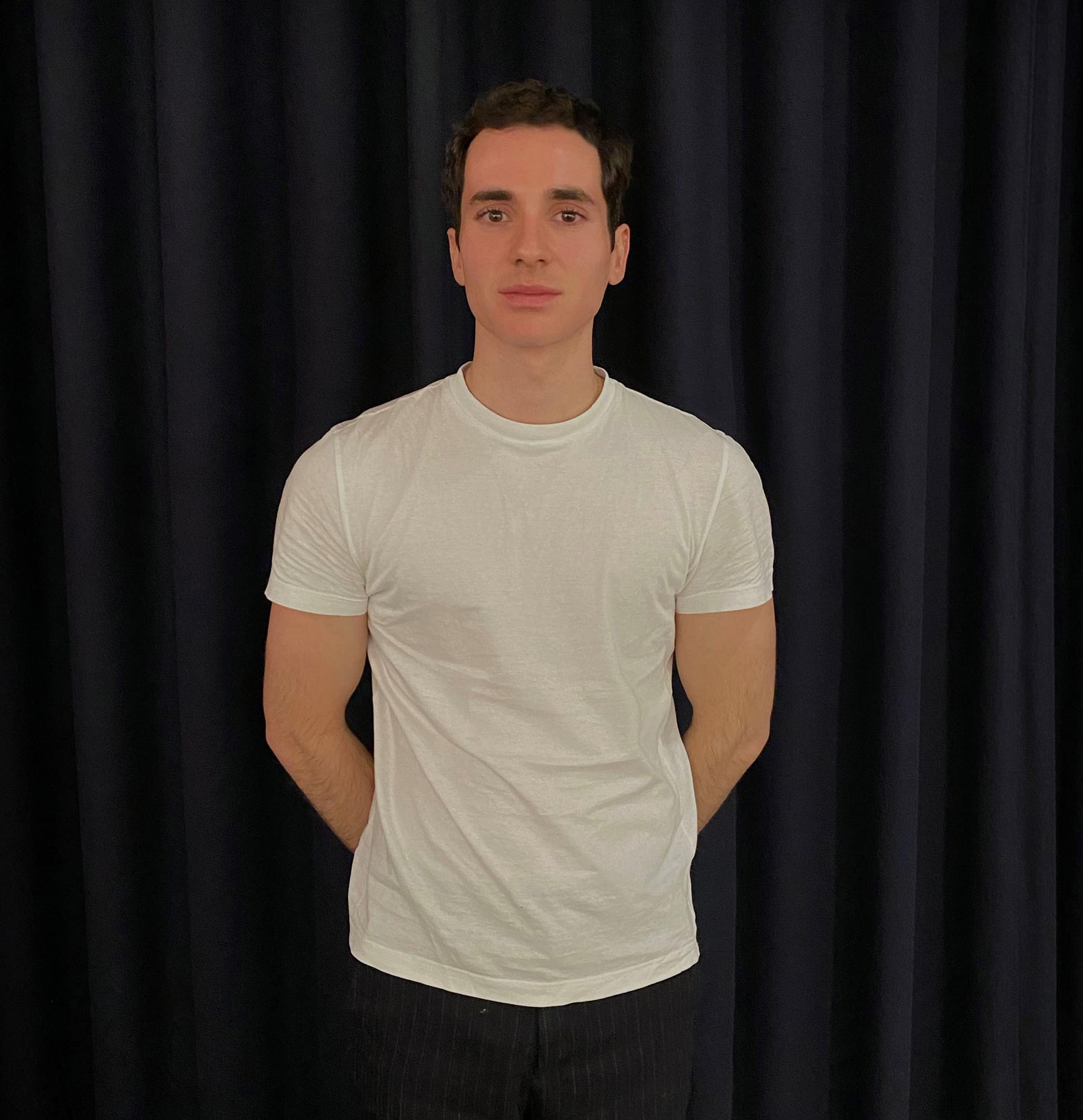 Photo: courtesy of the artist

CAM in Motion is an ‘outdoor’ programme that brings together a series of site-specific interventions by artists and exhibitions with works from the Collection in different spaces in the city of Lisbon and its surroundings.