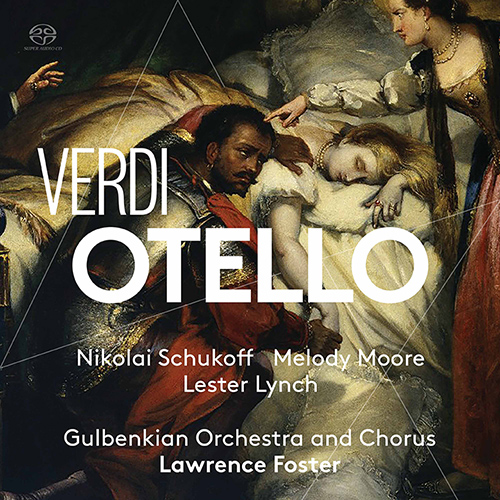 The opera Otello by Giuseppe Verdi and Arrigo Boito not only represents the outstanding result of an intensely fruitful creative collaboration between composer and librettist, but also one of the most important core works in the opera repertoire. With his musical setting of Shakespeare’s play, the composition of which took him several years, Verdi also achieved a new level of quality within the framework of his operatic oeuvre. His path was resolute and consistent, leading him away from structured numbers of arias, recitatives and ensembles, and towards the through-composed, large-scale dramatic form. All this based on the timeless literary foundation of Shakespeare’s play.

This drama is supported by music that, especially in the depths of the orchestral scoring, subtly penetrates the psyche of the characters, without ruthlessly dissecting them. Music that, despite its magic of its refined tones, never brushes aside the greatest priority of the Italian opera: the human voice. In Otello, Verdi succeeded in forging his own path to “music-drama as a ‘Gesamtkunstwerk,’ as a perfect synthesis of action and music.”

Leading the prestigious Gulbenkian Orchestra in this ambitious studio recording is the dynamic and experienced conductor Lawrence Foster, who has previously made impressive recordings of other operas for Pentatone: a highly praised recording of Strauss’s Zigeunerbaron (= gipsy baron) and Getty’s Usher House. The singers of the three main roles – Otello, Iago, and Desdemona – already met in 2014 for the Pentatone complete recording of Getty’s The Little Match Girl.

In this debut recording, Melody Moore, Nikolai Schukoff, and Lester Lynch embody the indelible Shakespeare characters with a vitality and intensity in Verdi’s great last tragedy.  The American soprano Melody Moore, who is one of the most promising American singers of her generation, demonstrates that her youthful dramatic voice is flawless in the Italian tradition of a Renata Tebaldi. The Austrian tenor Nikolai Schukoff once again widens his professional range, singing the demanding title role of Otello with ardent command. As his ruthless evil opponent Iago, the American baritone Lester Lynch displays his vocal expertise, in every subtle note, to interpret the dark and menacing plot.