See our Conditions of Use

The Manchester Hospitals’ Arts Project was initiated by Peter Senior in 1974 and is now the largest of its kind in Europe. In this book, Peter Coles describes how the Project has developed over the years, from one man’s dream to an established and valued part of hospital life. Peter Senior now heads a team of ten artists with a wide variety of skills – painting and design, crafts, puppetry, music and drama – whose work involves patients and staff in the hospitals, health centres and clinics of the Manchester Area Health Authority.

The book describes the day-to-day running of the Arts Project and the problems it has faced and overcome. At the same time it argues the case for arts in hospitals, stressing that ‘they should not be seen as a luxury unrelated to medical care but as a new and effective adjunct to that care’. The result is a book which should appeal to anyone who has spent time in a hospital, whether as patient, visitor or staff – the majority of the population.

Peter Coles studied psychology at Manchester University and carried out research in visual perception at Oxford University for his Dphil. He was a Visiting Tutor at the Royal College of Art and held a research post at the University of Geneva. He has given numerous lectures on psychology and visual art and a one-man exhibition of photographs in Covent Garden in 1977.

Peter Senior, founder of the pioneering Manchester Hospitals’ Arts Project in the early 1970s, is director of the national body Arts for Health. 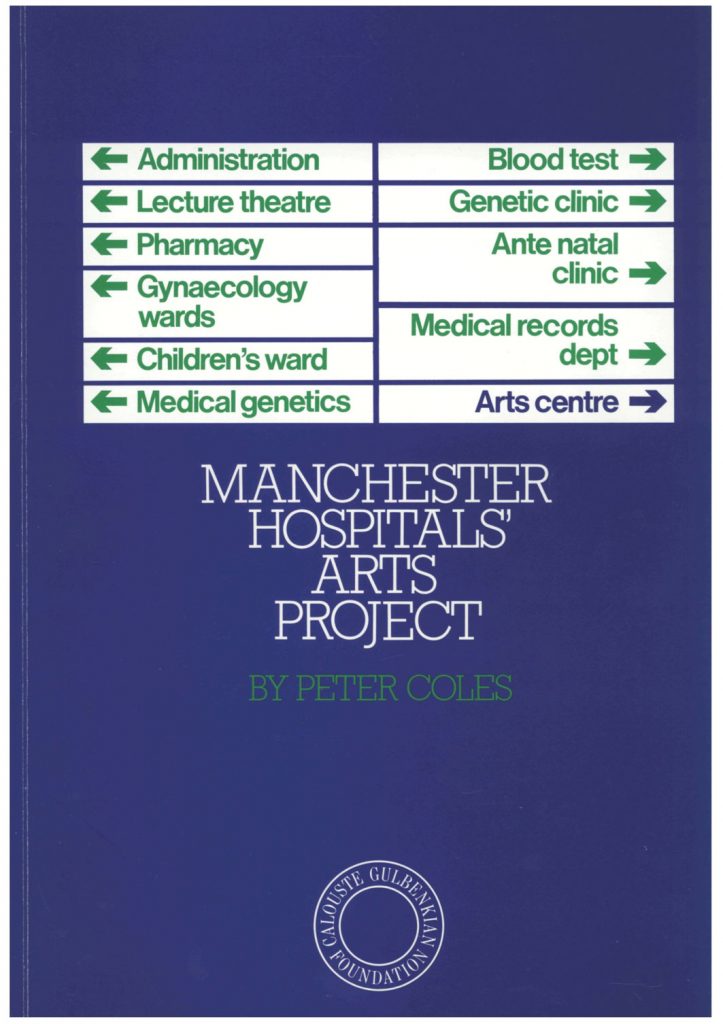