Experience and Experiment documents and assesses the New Theatre Workshops, which took place between 1979 and 1982 and were funded by the Calouste Gulbenkian Foundation. The Workshops involved one hundred and fifty theatre professionals- writers, directors, designers, performers, choreographers, dancers, lighting designers, singers, musicians and composers. Each lasted a fortnight and took place in locations remote from usual workplaces.

The aims of the Workshops were to experiment with the processes of creating and interpreting plays, to exchange skills and experience, to refresh the individual artist, and to stimulate new work. Most importantly, all this was done without the pressures of production deadlines and public performance.

‘The New Theatre Workshops satisfied a real need and demonstrated what could be achieved. Fervently one hope that “out there” the will and financial resources will again be found to re-invent the New Theatre Workshop wheel.’ Iain Reid, Assistant Director, Arts, Calouste Gulbenkian Foundation, UK Branch.

Christie Dickason was born in the USA and holds degrees from Harvard University and Yale Drama School. Resident in the UK since 1967, she worked as a theatre director and choreographer, including seasons with the Royal Shakespeare Company at Stratford and the Aldwych, the women’s theatre at Ronnie Scott’s, Leicester, and the Apollo Theatre, London. She was Drama Officer at the Arts Council of Great Britain, 1979-81. She has written many novels, the first of which, The Dragon Riders, was published in 1986. 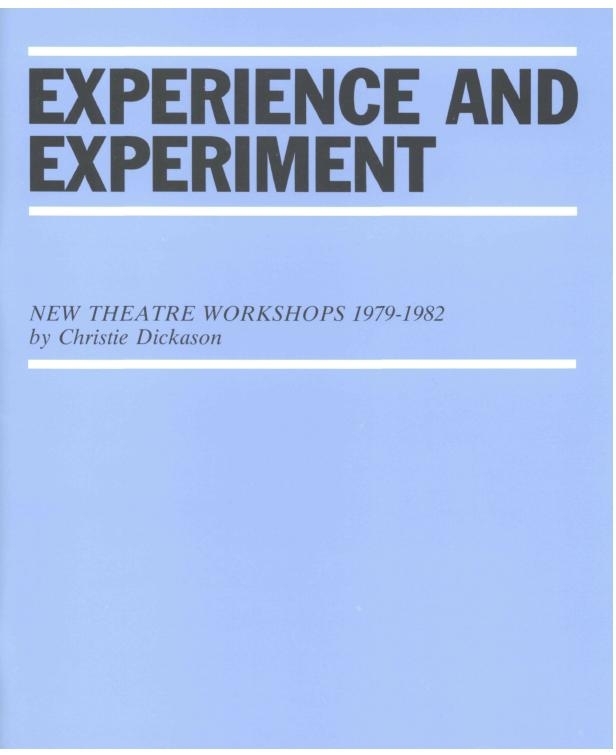