The Point of Culture details the emergence and evolution of Brazil’s Cultura Viva (Living Culture) programme and its innovative approach to cultural policy, Pontos de Cultura: points, places and practices of culture that ‘de-silence’ and promote existing expressions of popular culture. The programme marked a radical shift in the way that artistic activities were recognised and funded. Crucially, it acknowledged the transformational power of culture, and created bridges and networks between cultural and social initiatives.

“The Point of Culture reflects our interest in the potential for the arts and culture to bring about social transformation and empower people, particularly those who are most vulnerable or from underserved communities,” says Andrew Barnett, director of the UK Branch of the Calouste Gulbenkian Foundation.

Brazil’s former Minister of Culture, Gilberto Gil, described Pontos de Cultura from the outset as “sharp interventions into the depths of urban and rural Brazil that aim to awaken, stimulate, and project that which is characteristic and most positive in communities in marginalised societies.” 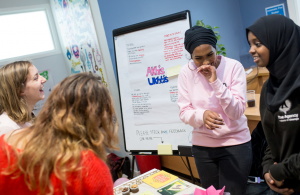 We have chosen to republish The Point of Culture for two reasons. First, it will be a valuable point of reference as we develop plans for Phase 2 of our Inquiry into the Civic Role of Arts Organisations. The Inquiry is exploring ‘cultural democracy’: promoting cultural diversity and participation. We want to enable arts organisations to realise their potential for civic engagement and push the boundaries of their practice.

The second reason is the success of The Agency, a creative programme for young entrepreneurs, which has secured funding from the Big Lottery Fund to help it roll out nationally over the next three years. The Agency is modelled on the Agência project in Brazil’s favelas, and was supported by the Foundation as a pilot programme in Manchester and London five years ago. 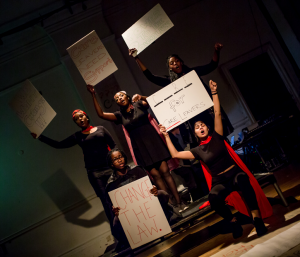 We believe The Point of Culture will be an important influence in the ongoing debate about how art positively affects people’s lives, and the ways this could be fostered and supported.