When we talk about Classical Music we tend to think about music written long ago by composers who lived in social realities that are different to those in which we are living today. The most popular composers are those that wrote their works 200 to 300 years ago. This is also the era that the instruments used today come from. The Symphony Orchestra is at the same time, the guardian and renovator of this heritage.

So that this heritage can continue to be relevant for today’s listeners, it needs to be constantly reinterpreted. It needs to have the same urgent need to communicate with us in the present. At Gulbenkian Music, it is our ambition to present music that simultaneously has the capacity to be inspired by the past while speaking to the present.

The Gulbenkian Choir and Orchestra

The Gulbenkian Choir has a special reason for holding this season. Michel Corboz, its chief conductor, will celebrate fifty years since his first concert leading the choir. To mark this jubilee the choir will perform two complete cycles of the Christmas Oratorio by J. S. Bach in December which is the same month that Corboz took up his post with the choir in 1969. Before Easter, the choir will also perform Bach’s Passion According to Saint John.

The Gulbenkian Orchestra launches its second season with Lorenzo Viotti. Our chief conductor describes his seasons as being a combination of the current repertory and masterpieces that are less well known. Being passionate about opera, the season will include a production of Evgeni Onegin by Tchaikovsky, while in the symphonic repertory he continues to explore the later works produced by Mozart while the orchestra is invited to debut the impressive 3rd Symphony by Mahler in the Concert that opens the season. A different series shows how nature has been interpreted by composers, contrasting Beethoven and Stravinsky. The Quatro Peças Sagradas (Quattro Pezzi Sacri) by Verdi, Bruckner´s 9th Symphony and Zemlinsky´s Sinfonia Lirica will be subject to the scrutiny of the orchestra´s conductor in the course of the season which ends with the rarely heard The Bells (Os Sinos) by Rachmaninov.

It is with great pride and satisfaction that we are beginning a residence with Maria João Pires, the internationally acclaimed Portuguese performer whose concerts in Portugal over recent years have been few and far between. We will have the opportunity to enjoy her in different combinations: the first concert in September includes Armenian songs together with Schubert´s Impromptus; the second concert in November includes music for piano by Mozart for soloists and for duos; the third one – in March – is a solo recital comprising of works by Debussy and by Beethoven. The series as a whole will show the distinct dimensions of this unique artist.

Benjamin Attahir, a young composer originating from Lebanon, will also be in residence in the first part of the season. His music combines elements from the western and oriental classical traditions. Considered to be one of the most innovative musicians of his generation, he has already produced a wide range of works, from which the Gulbekian Orchestra will perform three concerts. The first one – Al Fajr – for piano and orchestra was premiered by Daniel Barenboim at the Pierre Boulez Saal in Berlin and was conceived by its composer to be played with Mozart´s 22nd Piano Concerto. The second concert, commissioned by the Calouste Gulbenkian Foundation, is for soprano and violin – Raquel Camarinha and Renaud Capuçon respectively – while the third requires the presence on stage of a rare instrument – the serpenton.

The third artist in residence is the pianist Behzod Abduraimov, born 30 years ago in Tashkent, in Uzbekistan. He has a close artistic relationship with Lorenzo Viotti with whom Abduraimov will perform concerts of music by Tchaikovsky and Rachmaninov. Abduraimov will also perform a solo recital as part of our piano cycle. A great performer in the field whose presence should be emphasised is our dear Mitsuko Uchida, who will perform in two concerts in the season.

“The world is a book and those who don’t travel read only one page of it” wrote Saint Augustine of Hipona in the 5th century. To mark the 150th anniversary of the birth of our founder (Calouste Sarkis Gulbenkian) in 2019 we have scheduled a series that explores eastern and western musical traditions, how they differ from one another and the elements that are shared between them both. The seven concerts in this series include three with our resident composer - Benjamin Attahir – and the Gulbenkian Orchestra together with another one with Jordi Savall and his musical exploration of the extraordinary life of Saint Francisco Xavier, the fifteenth century monk who journeyed from Portugal to take Christianity to Japan.

The Gurdjieff &Hewar ensembles combine forces in a special concert that brings together the music of Armenia and of Syria in an innovative form. The Armenian pianist and composer Tigran Hamasyan performs his own music along with his arrangements for sacred music from the 5th to the 20th centuries jointly with the Gulbenkian Choir.

Beethoven may be considered the most radical composer in the history of western music. In January 2020 – the 250th anniversary of his birth – we will initiate a programme that will carry on for a year and focus on his creative genius. During the whole of 2020, we will be able to hear every one of his symphonies and sonatas for piano in different contexts. At the end of January our biannual Festival of String Quartets (Festival dos Quartetos de Cordas) will be dedicated to Beethoven´s string quartets and take place over two days with performances by six international string quartets.

In addition to all of the above, the 2019/20 Gulbenkian Music season will continue to invite the most inspiring contemporary artists to surprise and amaze our audiences, to provide the public with performances by artists who are making their debut at the Great Auditorium such as the young pianist Seong-Jin Cho, the violinists Daniel Lozakovich and Vilde Frang or the soprano Camilla Nylund, and at the same time to rediscover musicians who have not visited us for some years such as the pianist Mikhail Pletnev and the violinist Gil Shaham. New compositions will also be discovered that have been written by composers such as Marlos Nobre or Nuno da Rocha, as part of our collaboration with the Sala São Paulo in Brazil, new stagings will be seen and heard and new operas will be performed such as Erismena by the 17th century Venetian composer Francesco Cavalli or The Sleeping Thousand, by the young Israeli composer Adam Maor, with new talents being discovered during the Rising Stars weekend.

As always, our aim is to provide singular opportunities to experience the emotions that artists from different horizons share when performing live. Welcome to Gulbenkian Music! 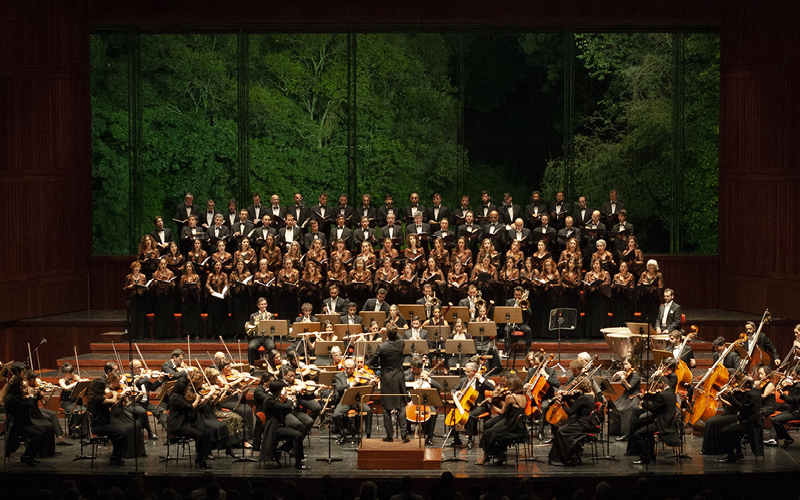 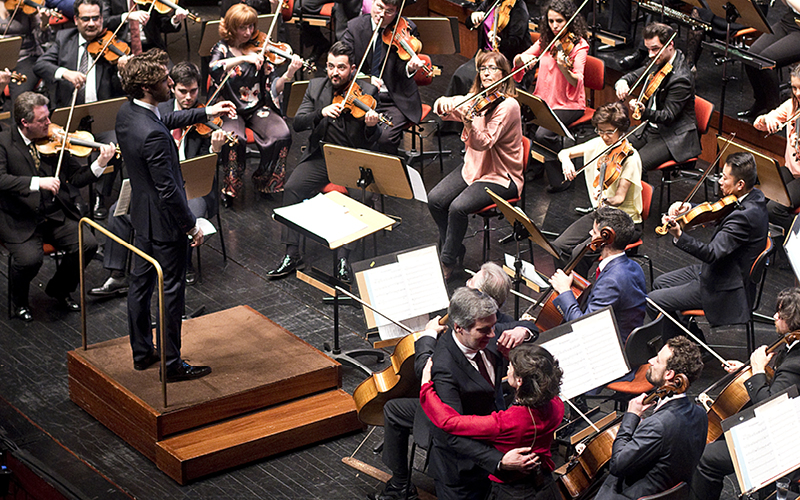 Connection with music cannot begin too soon, which is the reason that the Sunday Concerts – with commentary and in a relaxed atmosphere – have been designed to be enjoyed as a family and are a clear invitation to discover the works, the composers and the artists. How can science and music be related together? This season, in every Sunday Concert, researchers from the Gulbenkian Institute of Science will discuss this relationship. 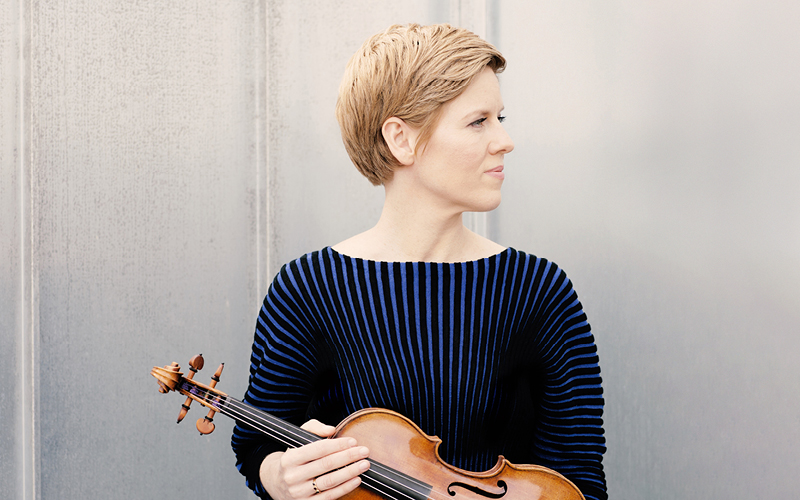 As well as performing the great works from the musical heritage for the public, these also need to be interpreted by the most experienced and inspiring artists. Each year, this cycle brings exceptional artists and groups to Gulbenkian Music who demonstrates through their enormous knowledge, technical skill and a broad spectrum of expression, the entire breadth of each work, breathing new life into every performance. 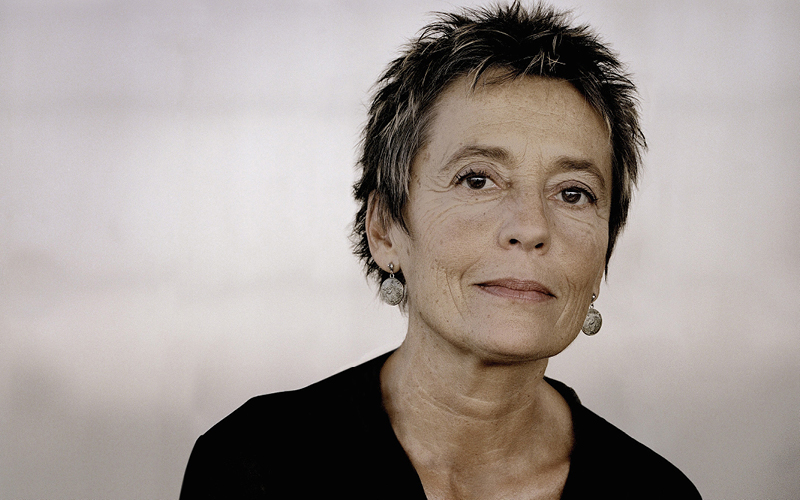 Maria João Pires is undoubtedly one of the most important artists in the History of Portuguese Music and will be present in three events in the Gulbenkian Music 19/20 season. In this triptych of recitals, she will share the stage with the soprano Talar Dekrmanjian and the pianist Lilit Grigoryan – both from Armenia – and will perform solo in the last recital in the series. It represents an applauded return to the Grand Auditorium, a place where she already recorded with the Gulbenkian Orchestra. 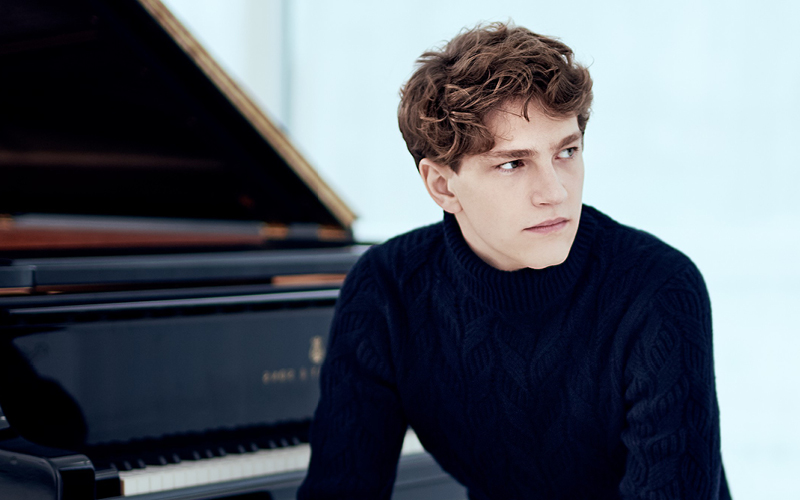 In a world which is more and more oversupplied with stimuli, there are few which are as unique and memorable as the experience of attending the performance of a leading pianist, alone on the stage, immersed in music and an instrument both of which have unlimited depths. Nikolai Lugansky, Mikhail Pletnev, Grigory Sokolov, Elisabeth Leonskaja or Arcadi Volodos are just some of the globally-renowned names who are affirmation that the Piano Concerts are worthy of the complete confidence of the audience. 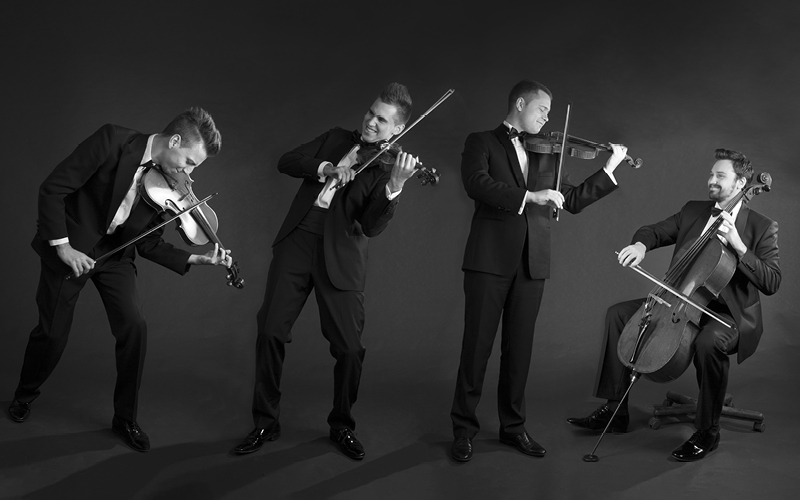 In 2020, Gulbenkian Music will commemorate the 250th anniversary of the birth of Ludwig van Beethoven. In this festival of chamber music organised in collaboration with the Paris Philarmonie String Quartet Biennial, the entire series of String Quartets written by the German composer will be performed over two days. The potential to be able to hear six of the best string quartets represents a unique moment in the season with a special pass produced for the entirety of the concerts. 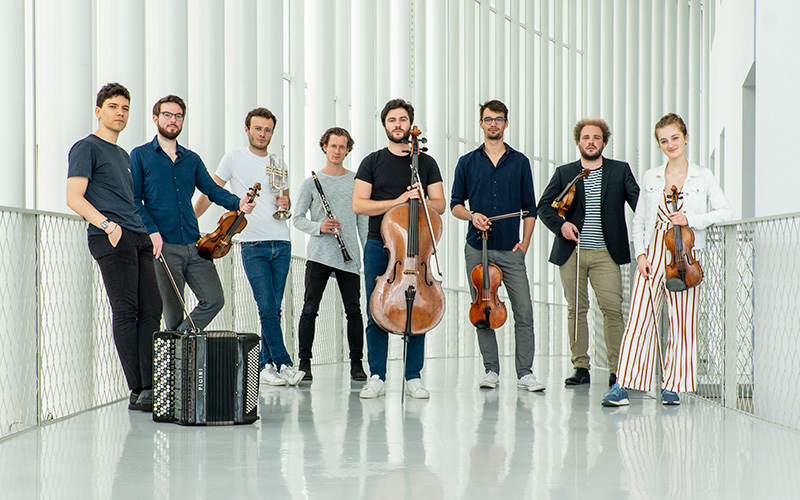 In a time when the abundance of musical approaches suggests the search for new performance formulas, it is up to the younger musician generations to reshape the relationship between artists and their audiences. This is the challenge that we deliver to the young musicians who were selected by ECHO – European Concert Hall Organisation, which embodies some of the most prestigious concert halls in Europe. Among the involved institutions, young musicians of exceptional talent are annually selected to receive training on how to better manage their careers. 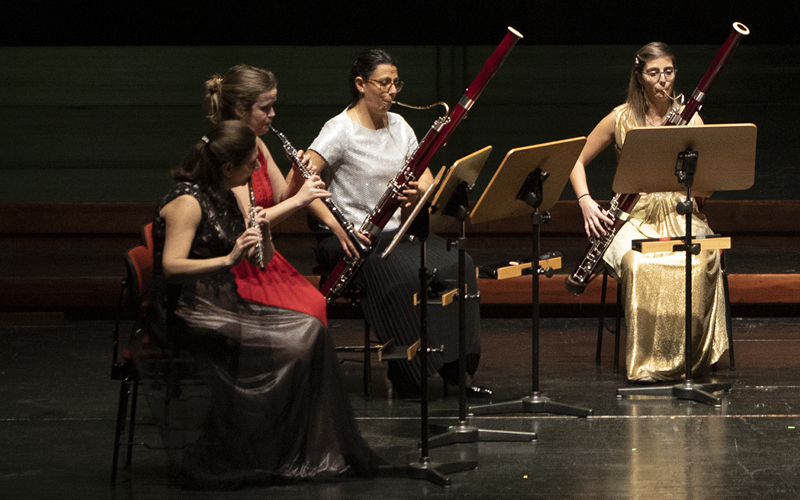 The Gulbenkian Orchestra consists of professional musicians of great technical and artistic quality. Throughout the season, they also perform in free chamber music concerts, thus emerging from the anonymity of their roles within the orchestra. While making themselves much more visible, they also make a considerable contribution to a greater appreciation of chamber music as a whole, from the standard repertoire to the premières of new works. 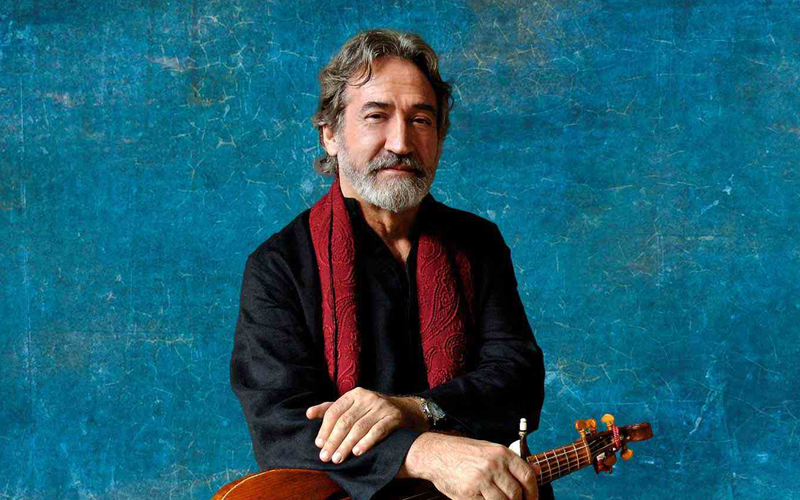 The life and activities of musicians has always been characterized by their constant mobility, leaving the mark of their traditions when transporting their culture to a different context. This series of 8 concerts opens itself up to interaction with the rich musical cultures of the east. Jordi Savall's programme covers the courageous journey of Saint Francisco Xavier from Portugal to Japan in the 16th century and Benjamin Attahir shows how a young contemporary composer is able to utilize elements from western middle-eastern music to create a new musical language. 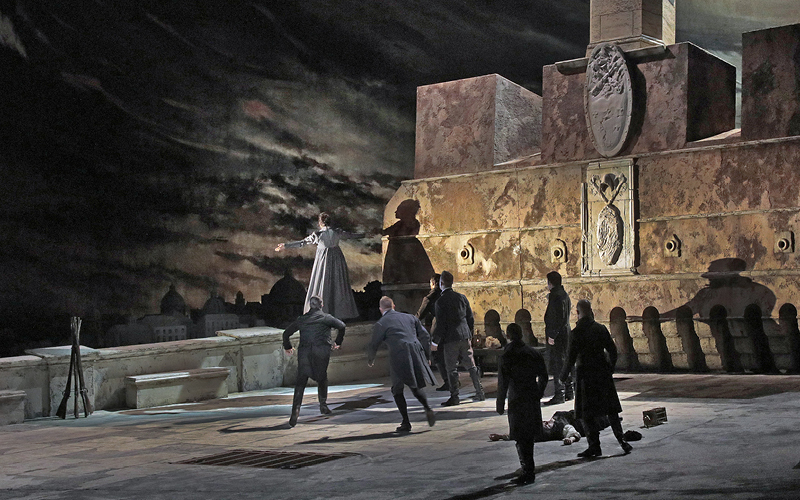 Since 2010, the live transmissions of the award-winning productions from the New York Metropolitan Opera to the Great Auditorium at the Gulbenkian have become regular and un-missable events in each season. Using the most recent technological innovations for their transmission, the Met Opera Live in HD programme allows access to the artistry of the finest singers and maestros in this field together with the most innovative contemporary opera productions. 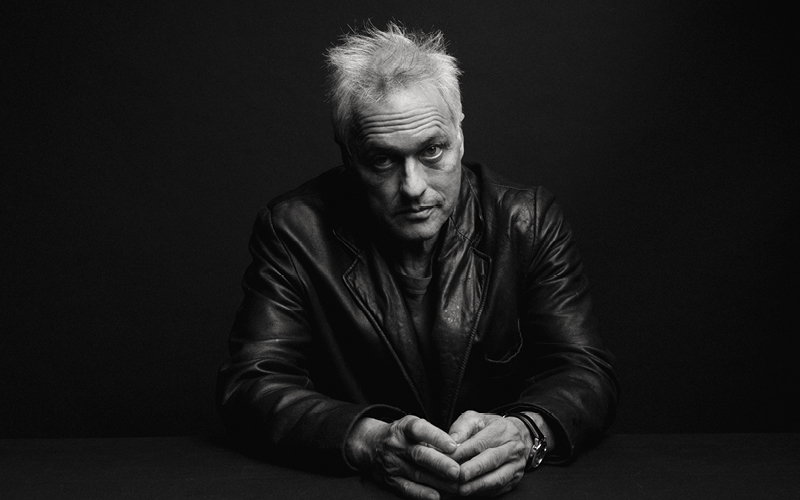 Since 1984, Jazz em Agosto has brought the most creative and innovative performances in the field of jazz and improvisation to the Gulbenkian Foundation. The festival has become a benchmark through its search for new forms and promoting artists who reformulate the language today. Some of the seminal artists who have occupied the stage at Jazz in August are Sun Ra, Cecil Taylor, Ornette Coleman or the Art Ensemble of Chicago, along with performers such as Marc Ribot, Nicole Mitchell, Ambrose Akinmusire and Mary Halvorson.