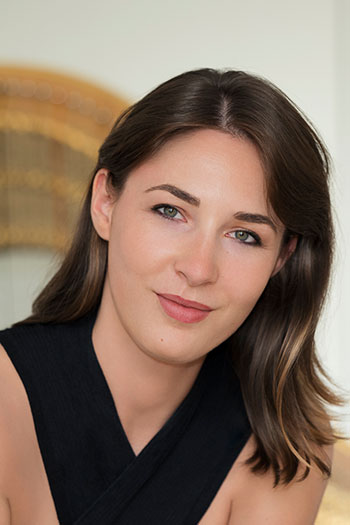 An internationally recognized soloist, Anaïs Gaudemard quickly stood out in the musical world among the best current harpists and brilliant musicians of the new generation. In 2012, she wins the 1st Prize at the prestigious International Harp Contest in Israel, and the special award for the best interpretation of The Crown of Ariane by Murray Schafer, then in 2016 she wins the 2nd Prize and the Münchener Kammerorchester Prize at ARD Competition in Munich.

In 2015, Anaïs wins the « Thierry Scherz Prize » at the Festival des Sommets Musicaux in Gstaad. This prize awarded by the Foundation Pro Scientia & Arte offers to her the opportunity to record a CD with orchestra. Anaïs has chosen to dedicate it to the Concertos for Harp by Debussy, Boieldieu and Ginastera with the Orchestre de l’Opéra de Rouen Normandie. Released in November 2016 at Claves Records label, this recording is very warmly welcomed by the press and has been nominated at the ICMA (International Classical Music Awards) 2017.

Anaïs Gaudemard studied at the CNSMD in Lyon, France (First prize unanimously awarded with the congratulations of the jury in 2013) then she continued her studies at the HEMU in Lausanne where she obtained the Master of Arts specialized « Soloist » with the highest honors and the First Jost Prize which recognizes the best performance of a concerto in 2015.

Since 2014, she is laureate of the Fondation d’Entreprise Banque Populaire which grants her an award to pursue this commitment in creation and the command of works for the harp. Anaïs plays on a Style 23 Gold Concert Grand harp, offered by the harp maker Lyon and Healy, Chicago at the 18th International Contest in Israel.