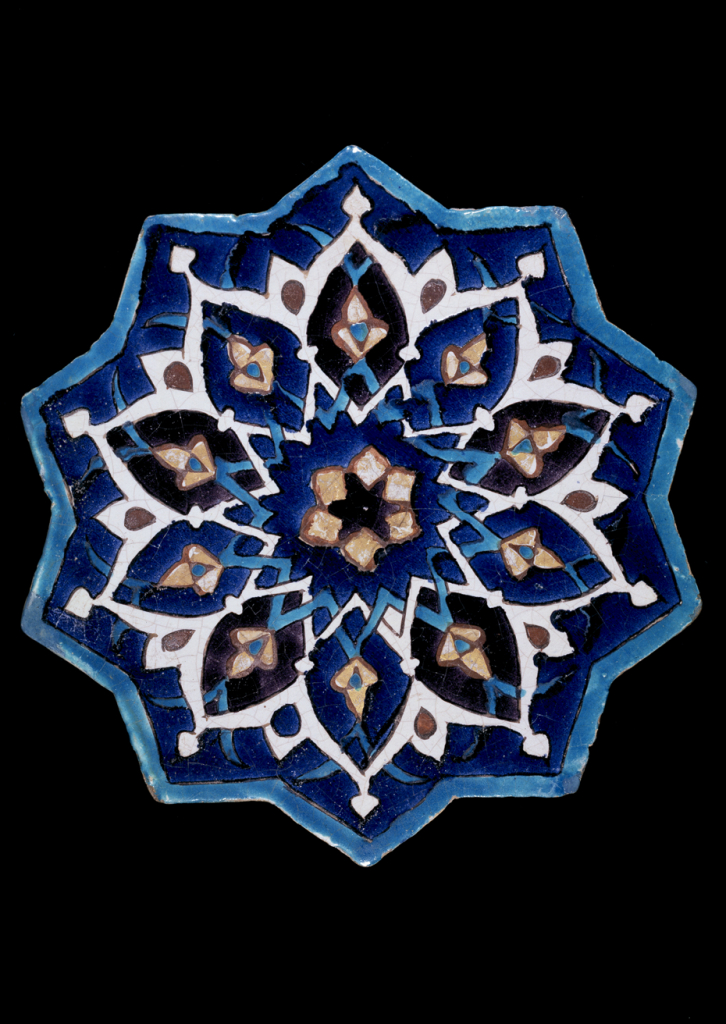 The cuerda seca (“dry-cord”) technique enables several colours to be combined on a single tile. Developed in Persia during the fourteenth century as a less costly substitute for mosaic, it is still used today.

The star-shaped decoration on this tile consists of a complex structure based on a stylised lotus-flower with ten petals. The centre is decorated with a six-point star and has traces of gilding. This star form combined with tiles in other shapes – pentagons, hexagons and other polygons – to create an elaborate geometrical pattern that normally had a twelve-point star at the centre.

The palette includes white, turquoise and manganese on a cobalt blue and gold ground. These tile panels decorated mosques and other religious buildings, helping to emphasise their symmetry and giving them a luxurious appearance.