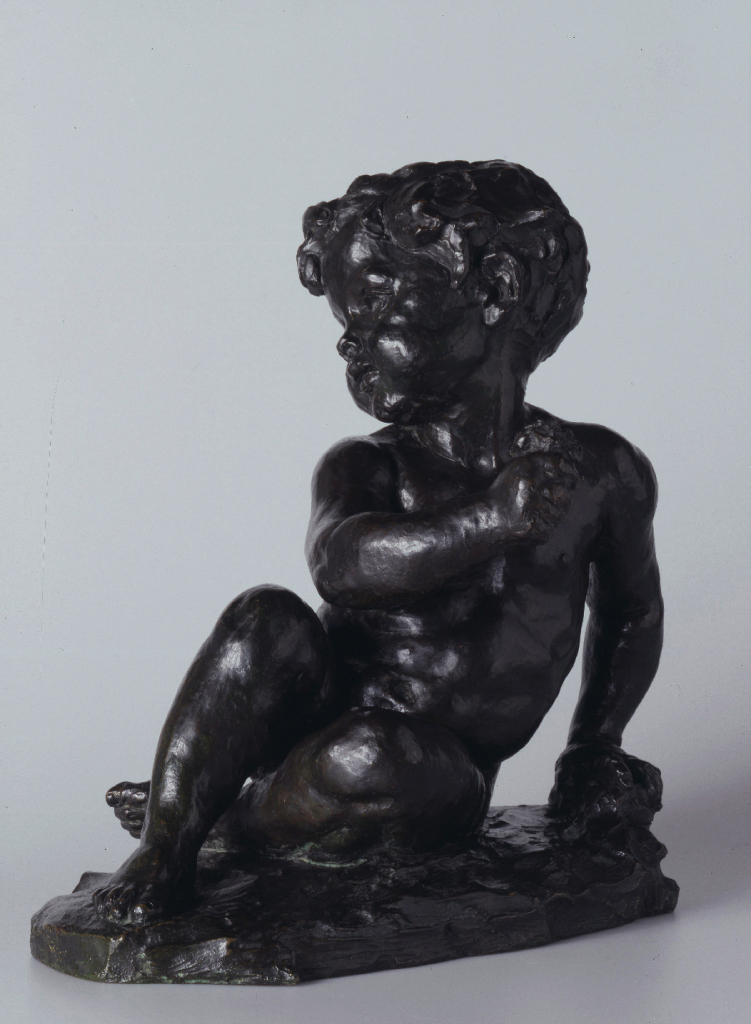 Statuette of a Child

After Rodin, his lifelong friend, Dalou was the most important sculptor of his time, regarded as one of the principal exponents of naturalist sculpture in France in the late nineteenth century. This statuette is a replica of one of the figures of children represented in a monument dedicated to the memory of those grandchildren of Queen Victoria who died in infancy. The monument, completed by Dalou in 1878, was produced for the Queen’s private chapel at Windsor Castle.

Forced into exile in London, the nine years that Dalou spent in England, between 1871 and 1880, were his most creative, and the point at which his work was to take the naturalist direction for which he would become renowned. After Dalou’s death, the executors of his will commissioned the Parisian firm of A.A. Hébrard to cast bronzes from plasters and terracotta pieces found in the sculptor’s studio.