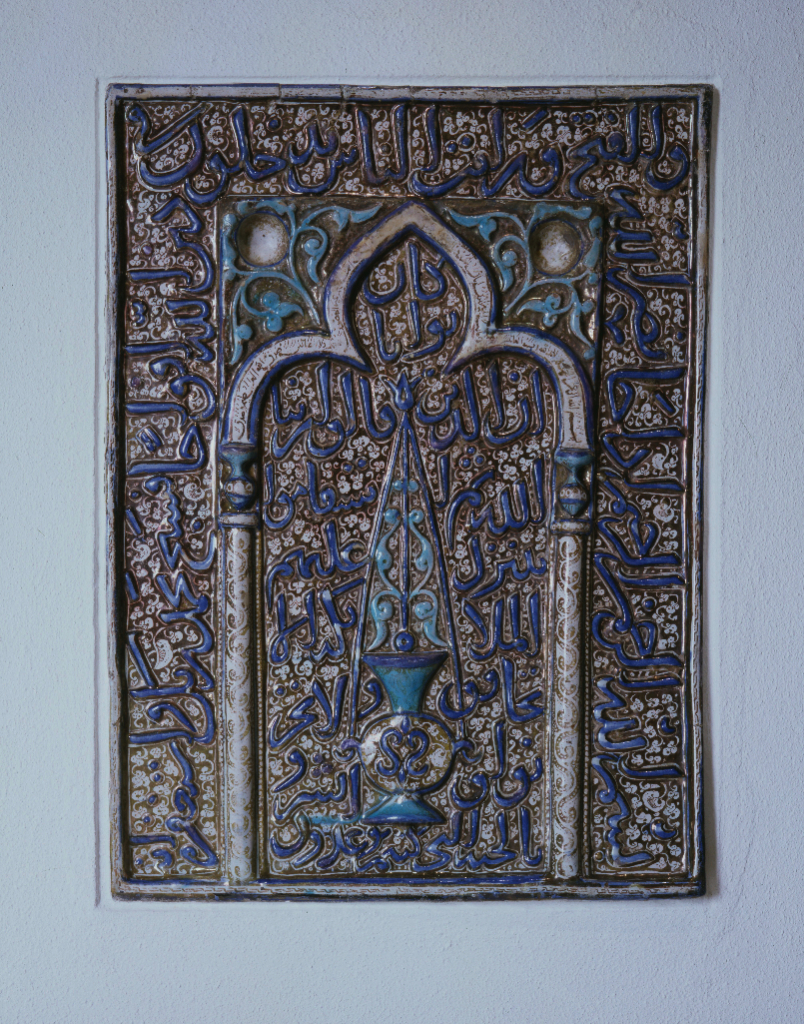 This plaque in moulded pottery, decorated in lustre reflexes, was produced in Kashan, a Persian city, famous at that time for producing glazed tiles. A decorative composition centred by a prayer niche, mihrab, from which hangs a lamp a symbol of the divine illumination of Islam. Other important elements inscribed on the plaque are quotations from the Koran highlighted in blue. The text of the outer frame (Sura 110) indicates that this piece was made for a tomb, probably for Mohamed Uljaitu, a Mongol converted to Islam. Inside the arch, the text from the Koran (Sura 42:30), refers to the promise of Paradise.

The main function of these prayer niches that cover the walls of religious edifices was to guide the faithful to face Mecca during prayers, in accordance with Muslim ritual.