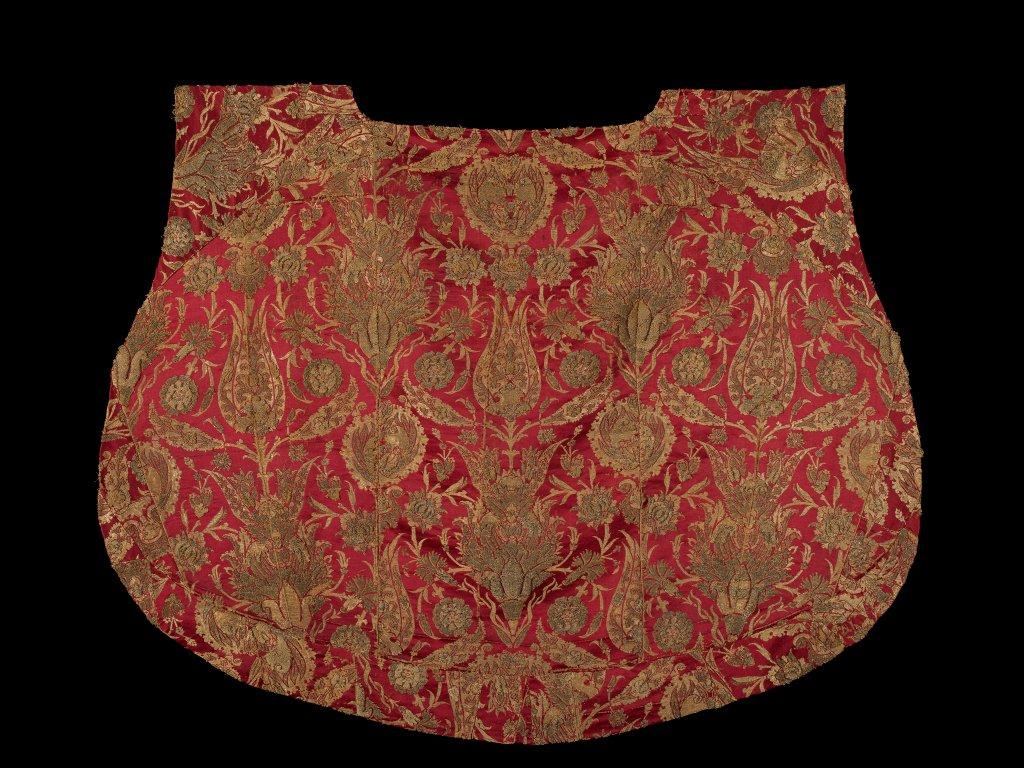 From the collection of fabrics from the Islamic world gathered by Calouste Gulbenkian, the noteworthy “Kemha” silks and “Çatma” velvets from Ottoman Turkey from the sixteenth and seventeenth centuries stand out for their colours, the variety of their patterns and the excellent state of preservation of the more than five dozen items it comprises.

In Ottoman Turkey fabric decoration is based essentially on vegetal and/or geometrical motifs where red is the predominant colour often associated with gold and silver.

The main centres for production and trade were located in Bursa and Istanbul from where the the silks and velvets in the Gulbenkian Collection originate.

The importance of this textile production in the Ottoman Empire economy was such that the fabrics represented half of all transactions made, an actual currency of exchange of great value in diplomatic and commercial relations.

Trade with Europe and especially Italy through Venice was very important along with that between Turkey and Russia.

The use of precious fabrics from the Ottoman Empire was common in the decoration of Moscow palaces and at court, these silks and velvets often being reused in the manufacturing of court and church attire and adornments tailored by Russian embroiderers and dressmakers.

In addition to the secular attire and religious vests and other court ceremonial articles with fabric imported from the East, these were also used for the production of horse blankets (teliz) and other decorative items used to enrich the mounts of the Russian aristocracy.

This Ottoman red silk horse blanket of brocaded gilded silver would have been embroidered in Russia in Turkish fashion. The decoration with large flowers (tulips) with leaves, carnations and other motifs forms a part of usual Ottoman decorative patterns. Made up from several fabric fragments sewn in order to create the present shape, it is possible to distinguish the three larger elements which correspond to the front and back of a kaftan, the smaller fragments having been part of the sleeves of this Turkish clothing item. Among the exhibits in the Kremlin museum in Moscow there are still innumerable items which represent this exchange between Russia and Turkey.