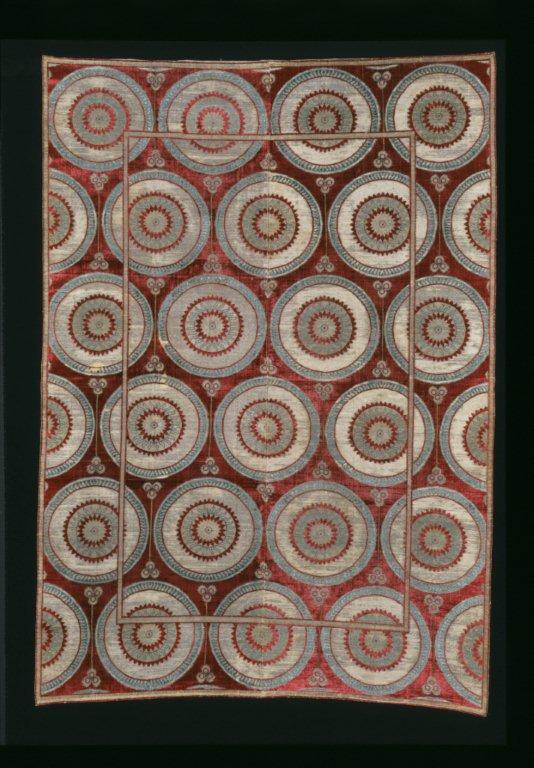 Turkey, Bursa, first half of the seventeenth century

This red velvet hanging is partly enriched with silver wefts. It is a fine example of luxury textiles produced in Ottoman workshops in the sixteenth and seventeenth centuries, specifically in Bursa, one of the finest production centres. The hanging has the traditional red ground enriched with silver thread, which are the main characteristics of this type of fabric. The composition of this hanging, which is in two pieces joined by a central seam, is dominated by geometrical, concentric circles, two of which end in multi-point stars.

This repeated motif, set in alternating lines, is intercalated by the three circles (çintamani), which probably came from the Far East and are symbolically associated to power, creating a composition that is simultaneously simple and extremely decorative. The same composition was used on many other Ottoman products, namely on the characteristic velvet cushions.

Velvets such as this one were designed to decorate tents and palaces, and could be used either as wall-hangings or covers.