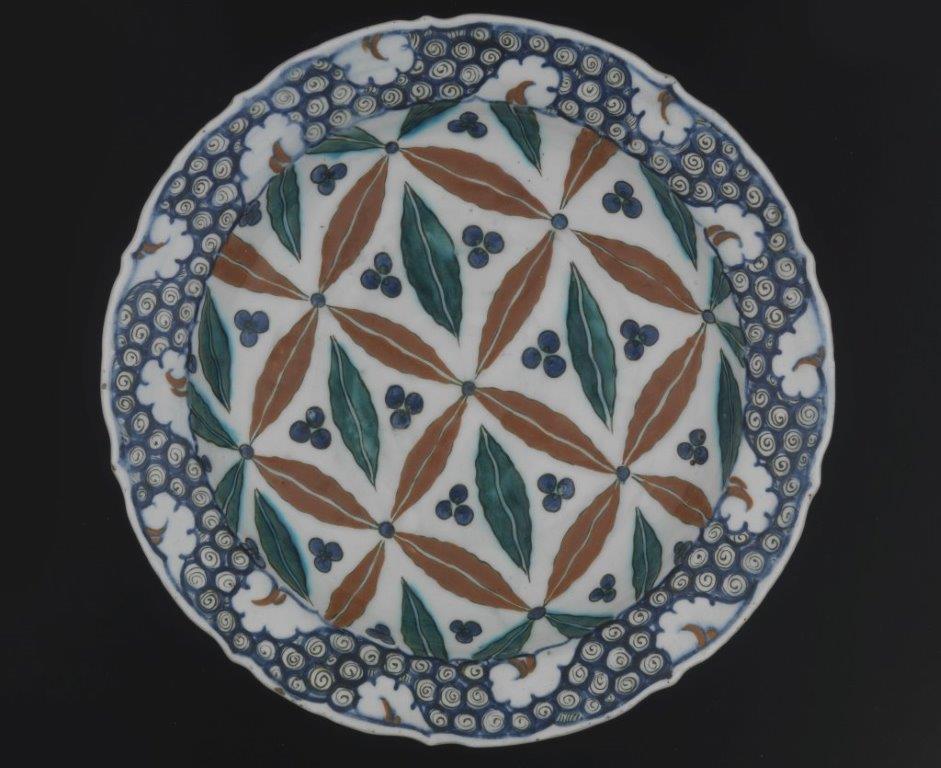 The decoration on this plate makes use of the motif known as “cintamani”, a group of three circles set in triangle form and alternating with two parallel undulating stripes. Traditionally associated to Buddhist symbols, it first appeared in Iznik fritware during the first quarter of the sixteenth century.

This motif was very fashionable at the time and acquired a special meaning in Ottoman art, symbolizing strength and courage. The three circles represent the marks on a leopard, while the two stripes represent those on a tiger, whose skins were used by legendary heroes as symbols of those two qualities.