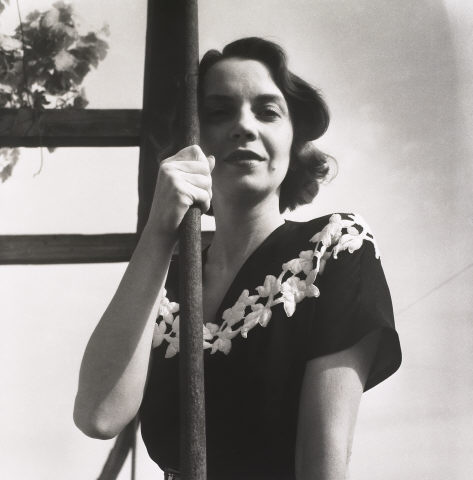 The poet Sophia de Mello Breyner (1919-2004) was not entitled, like other friends portrayed by Fernando Lemos, to double exposures or elaborated scenarios. Perhaps her unambiguous clarity, the rigor of her word and the transparency of her ethical posture were enough for Lemos, who gave to this image the subtitle ‘The Warrior’ when it was shown in 2005 in the Museum of Modern Art – Berardo Collection in Sintra.

It is a somewhat chaste portrait, but at the same time a clear statement of the poet’s personality, who in 1962, under the New State dictatorship, dared to write: