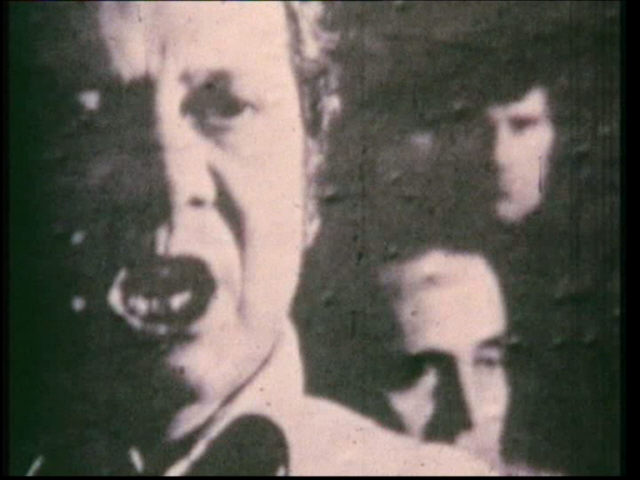 In her work and artistic activity, Ana Hatherly marks out an authorial space that encompasses and cuts across the domains of literature and the visual arts. A poet, essayist and visual artist, she has also completed a number of film projects. In the early 1970s she studied at the London Film School and during that decade she produced a unique series of films that reveal her interest in animation and in exploring language and visuality.

First shown at the Venice Biennale in 1976, the 1975 film Revolution is part of this group of short films. Filmed with a Super 8 camera on the streets of Lisbon, in the aftermath of the 25 April revolution, it documents the political posters, graffiti and revolutionary murals that were inscribed on the walls of the city.

The images recorded and the editing of the film, set to a brisk rhythm, perfectly portray the plurality of voices of the Portuguese political scene and the collective participation and contagious euphoria that took hold of the public space. An evocative testimony of the social and political atmosphere that marked the revolutionary period of modern Portuguese history, the work also reveals the artist’s relationship with the city of Lisbon and the surrounding environment. In this piece, recording, documenting and acting on the city’s streets, Ana Hatherly takes a creative stance with respect to the distinctive features of urban culture at a particularly significant moment in Portuguese history.