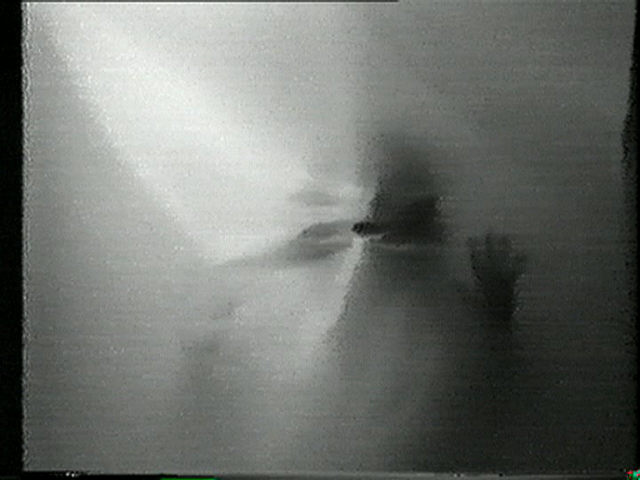 Helena Almeida never uses writing in her work but for one significant exception: to write “Ouve-me”, meaning “Hear me”. But this plea is written, or scribbled, like a stitch that sews the lips and stops the voice from being uttered, in front of a curtain-screen that won’t let through a body that could speak but doesn’t, that could say but says nothing. In this soundless movie a human figure – the artist herself – first gestures the word behind a large sheet of paper that functions as a membrane, after successively approaching the mouth to the sheet screaming, one infers,  “hear me”, then writes this sentence with her finger to finally scratch it with a pen.

All of Helena Almeida’s work, notwithstanding the possibility of inscribing it within a conceptual tradition (a current which frequently resorts to the written word), articulates muteness. Muteness is here a limit, because it is voluntary, a self-imposed, if not positively self-inflicted, silence. But this silence is, far from resignation, assumed as one of vindication. Somehow, one can perceive in the work a translation of the female condition, or a criticism of this condition, especially when one recognizes the existence of a dominant anthropological context in which the role of spokesmen, of speech, is up to men.