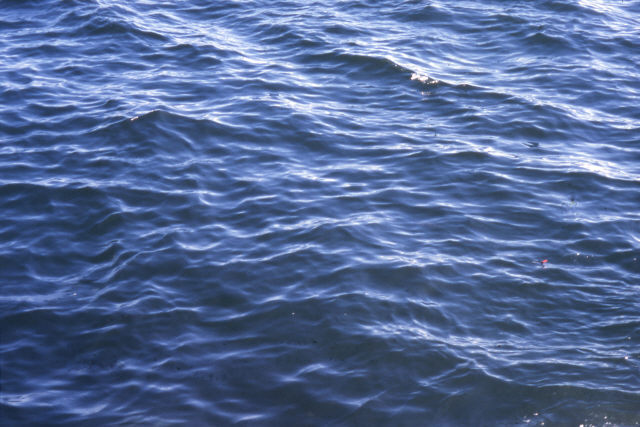 In 1976, Fernando Calhau counterposed a Super 8 film projection and a slide projection with images of the sea for the installations Mar I, Mar II and Mar III. These installations were directly related to a group of photographs he had produced in London between 1973 and 1974 which, from above, record natural surfaces such as grass, earth, rocks or sand, as well as the sea. These photographs experimented with the transition from a vertical to a horizontal plane and, though they might initially be identified as landscapes, the absence of a horizon line eliminated this possibility by suppressing the visual hierarchy classically associated with this notion. To a certain extent, the Super 8 films continued with the scheme of these images, beginning again with a fixed shot, yet introducing a temporal dimension to what had previously been recorded in a single moment, or introducing movement to what had previously been captured statically.

Dissatisfied with the filmic register of Mar III, in 2001 Fernando Calhau recreated this work in video, returning to exactly the same locations he had recorded previously, labelling this new version as a ‘remake’. Though adopting a larger scale – now close to life size –, in Mar III (Remake) a dialogue similar to the slide projections from 1976 is established between two projections created through distinct methods, but which employ the same framing. Side by side, the two projections confront a moment which is crystallised in time like a texture in movement – and, in fact, more than representations of views of the sea, both flatten the same image, converting, to some degree, a three-dimensional reality into an abstraction.