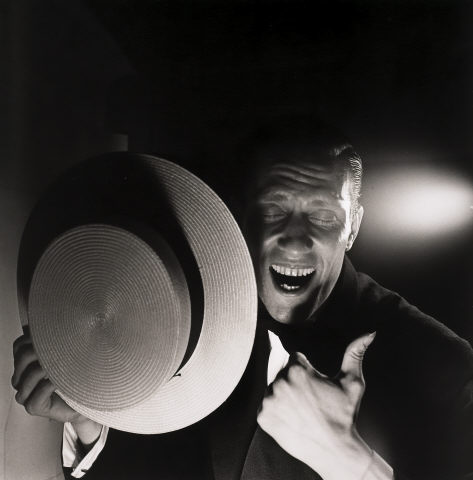 José Viana was a popular revue actor. He had begun his professional career as an actor in 1949 in the play Um Chapéu de Palha de Itália [The Italian Straw Hat, a nineteenth-century farce in five acts by Marc Michel and Eugène Marin Labiche], staged by the theatre group Companheiros do Pátio das Comédias, of which António Pedro – a close friend of Fernando Lemos – was at the time director.

Previously José Viana had been attracted to painting, and exhibited at the Second General Arts Exhibition at the National Society of Fine Arts (Lisbon) in 1947. There he showed a work called Ordem [Order], which contained an obvious political message. It represented a group of men and women imprisoned by a strong chain that limited their mobility. This message was not lost on the regime's political police, who apprehended the work.

This portrait focuses on the playful lightness of expression of the codes of vaudeville for which the actor had become popular, and with which he dissimulated his criticism of the political system.