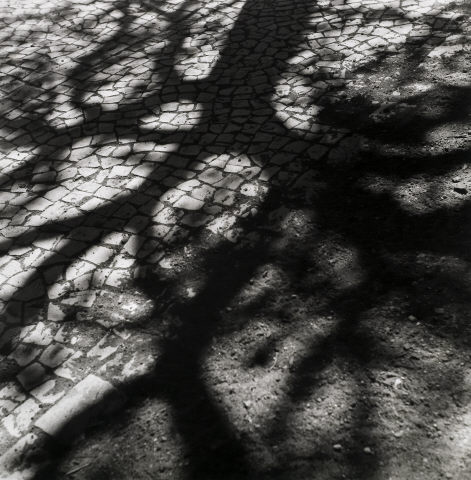 At first sight, this is an image of a shadow projected by a tree onto the ground. However, when Lemos presented this image in 2005, at the Museum of Modern Art – Berardo Collection, in Sintra, he preferred to call it Luzes do Chão [Lights from the Ground], a title that instantly provokes an inverse perception, directing the attention towards the light and towards the forms one can recognize in it. This move between light and shadow Lemos proposed is, in fact, an exercise in the reading of the image, in the creation of another dynamic of looking which tries to evade the obvious.

As his friend Fernando Azevedo wrote, in a text for the 1982 exhibition Refotos – Anos 40 [Re-photos – The forties] at the National Society of the Fine Arts, in Lisbon, ‘truth is made up of two truths: one is ordered, the other refuses order. However, imagination is not lodged between the two, but on the instable line suspended between both.’