After concluding his degree in Sculpture at the Faculty of Fine Arts in Lisbon (1994-99), Vasco Araújo further enhanced his training with the Advanced Course in Visual Arts at Maumaus, School of Visual Arts and Photography (1999-2000). In 2002, he held his first solo exhibition at the Gallery César (now known as Gallery Filomena Soares) in Lisbon, partaking since 1999 in various national and international group exhibitions. In 2003 he won the EDP New Artists Prize.

Throughout his artistic career, Araújo has integrated various artistic programs, all of which have been important for the conceptual development that have shaped some works produced in the contexts of: the University of Arts (2007) in Philadelphia, at the Baltic Centre for Contemporary Art ( 2007) in Gateshead, Récollets (2005) in Paris, and in the Core Program (2003-04) in Houston. Araújo was nominated in 2008 for one of the most prestigious European Visual Arts award, the Artes Mundi. Vasco Araújo is one of the artists of his generation with the greatest international presence, participating in the esteemed 13th Sydney Biennale (2002), 51st Venice Biennale (2005), 1st Moscow Biennale (2005), and the 28th Bienal de Sao Paulo (2008).

Through the diverse use of various media such as sculpture, installation, video, photography and performance, Vasco Araújo has structured his artistic language through the deconstruction and reconstruction of behavioural codes that reflect on the relationship between the subject and the world. The performance of the body, the voice (the artist’s own, who practiced lyrical chant), the gestures, language and social norms are reconsidered through poetics. Attached to these poetics are formal devices associated with opera, the Baroque, palatial etiquette, dance, Modernism, mythology, defining a particular space, both aesthetic and discursive. Thoroughly grounded in Literature and Philosophy, Vasco Araújo critically exposes another’s gaze, the ambiguity of relations, the fragility of the systems, the construction of reality, identity and sexuality, virtue and morality of duty, the geography of affections , and the instincts of desire and passion. In Vasco Araújo’s works, dialogues take place through a myriad of identities, from a sole voice, in an intense inner journey. 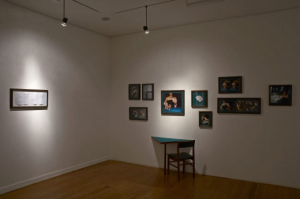 A Hand of Bridge 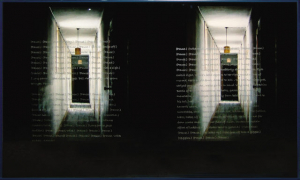 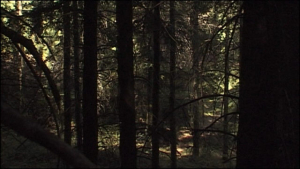