We asked the landscape architect Gonçalo Ribeiro Telles, on the basis of his knowledge and experience of the garden, to define an itinerary or a set of itineraries that would best illustrate all the magic that this space has to offer.

The light and shade itinerary

The light and shade itinerary

Ribeiro Telles made three suggestions: the light and shade itinerary; the pond itinerary; and the rim itinerary. These three different paths to enjoying the garden refer back to the original themes in the concept developed by the designers when they were invited to design the garden.

The descriptive memoir that accompanied the preliminary design in 1961 already stated: “The broad idea based on contrasts of shade and light, tree coverage and glade is the constant aim of the design. Movement, be it in the growth of the plants or in the different aspects of volume, color and light the plants take on in the different seasons, […] is also an element to be taken into consideration in the development of the project. Likewise, tight and how it falls and the projection of shadows and their types […] are all aspects worthy of study with which one can enrich the whole.” If this statement confirms the role of light and vegetation in the design of the garden, then the importance of the role played by water (i.e. the pond) is also expressed in both the care taken in the construction of the pond, the importance it has in the garden and the reflecting capacity of its water. Hence, in addition to allowing us to experience the garden of today, the itineraries suggested by Ribeiro Telles also propose a journey into the concepts that were at the roots of this space and the history of the whole construction process and the place itself.

To enter a garden is to live a moment, a reencounter of and with the quietude and the disquietude and, as someone has written, to experience the “goodness at the center of the cyclone”. But for that experience to be full and radical we must explore the garden freed from the powers of reason, we must silence and lull our most inti-mate torments and those of the restless world, we must let ourselves be taken by a state of tranquility and by the thousand and one sensations that emanate from the garden. In other words, we must be willing to “habitat a pause” and to “be amazed, diffused / trembling in the pure equality of body and space […]” (Ramos Rosa, Facilidade do Ar, p. 55). 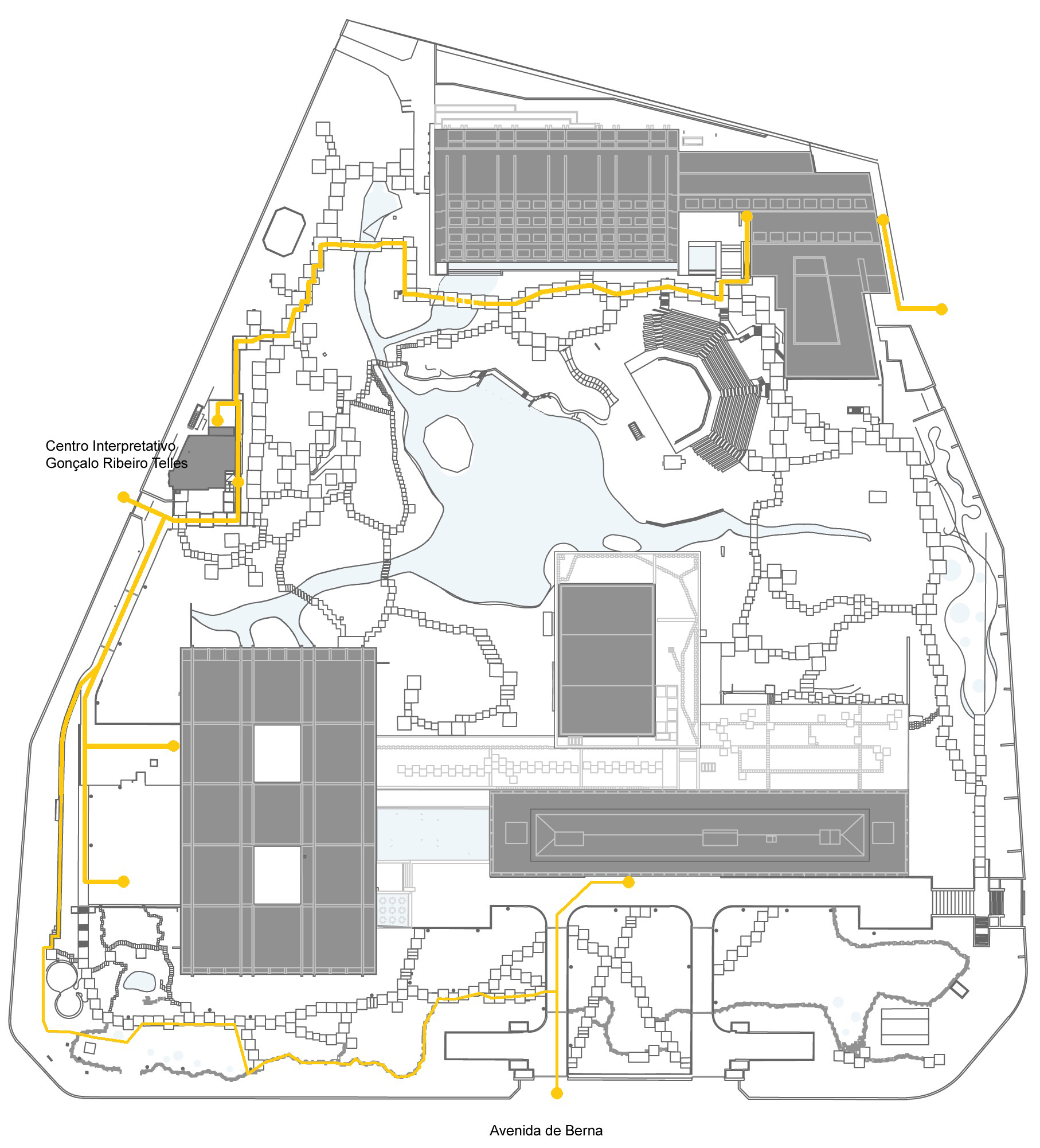