Why are moths attracted to artificial light?

One of the great little mysteries of the natural world is still moths’ attraction to artificial light. Street and garden lamps and lights on the balconies of houses are hotbeds of attraction and concentration for these insects.

An inventory of about 2,600 moth species is currently being carried out in Portugal – including the giant peacock moth (Saturnia pyri) and the lime hawk-moth (Mimas tiliae) – an overwhelming number compared to the 135 species of daytime butterflies.

“There is no official position on the theory yet,” explains Sónia Ferreira, an entomologist and researcher at CIBIO-InBIO (Centre for Research on Biodiversity and Genetic Resources). Nevertheless, the expert points out that over the years, there have been some theories defended by various experts. 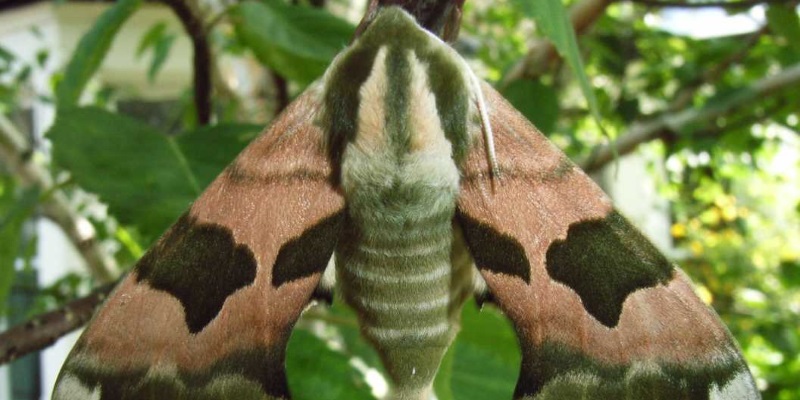 One of these theories claims that it all comes down to “insects using moonlight for orientation.” According to this idea, moths use bright distant moonlight as a navigation beacon, always flying across that light. However, because moonlight is farther away, moths fly toward artificial light which often means meeting their end.

Sónia Ferreira mentions another theory. It simply argues that “moths get over stimulated by artificial light and lose control, flying around lamps for example.”

No one knows for sure. It may even be that each theory is true for different moths. After all, there are about 160,000 known species worldwide with different behaviours.

Another question arises. What is the impact of light pollution on these insects?

According to the entomologist, “too much light can change the habits of species although there is no data to prove this.” The researcher believes that light pollution “could dramatically increase insect mortality on street lamps.” Then there are those who are aware and take advantage of the situation: Bats. “Bats do not hesitate to take advantage of this attraction. We often see bats entertained hunting moths around lamps. ”