Why are some birds’ eggs coloured and patterned?

White, blue, yellow, brown, spotted or striped. Birds’ eggs have a huge variety of colours and designs. We went to try to figure out why.

Camouflage is one of the main explanations for the differences in eggs. Patterned ones “are more cryptic and therefore harder for predators to find,” explains Teresa Catry, a researcher linked to the Faculty of Science at the University of Lisbon.

Therefore this is normal for birds that nest on the ground, such as seabirds like the Little Tern (Sternula albifrons) and Waders associated with wetlands such as estuaries and lagoons. This is the case of the Black-winged Stilt (Himantopus himantopus): “They build simple nests, on the ground, using vegetation, stones or shells and their eggs are brownish-green in colour with black, brown and gray spots. 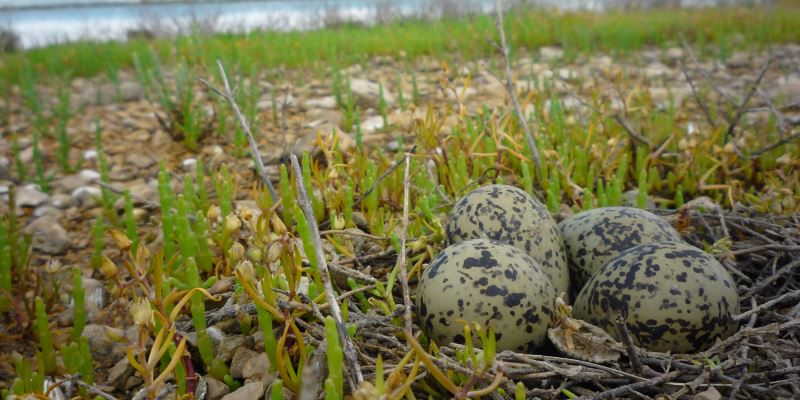 This is also the case for some Passeriformes such as House Sparrows (Passer domesticus), that build nests using vegetation in different places. “Their eggs are light-coloured with brown spots or stripes which are sometimes reddish,” says Teresa Catry.

On the other hand, although there are species that typically lay patterned eggs and others that do not, “there’s a lot of variation.” For example? “In some species of rooks, sparrows and others, often the same individual may lay lighter-coloured eggs or eggs with fewer patterns than the rest of the batch.”

These individual differences serve as the basis for another explanation found by scientists: they help progenitors recognize their eggs. This is what happens in large marine colonies, such as those of the Common Murres (Uria aalge) which have a large number of nests.

Birds that nest in cavities, however, “usually have white or light blue eggs, which help adults find eggs in potentially dark places.” 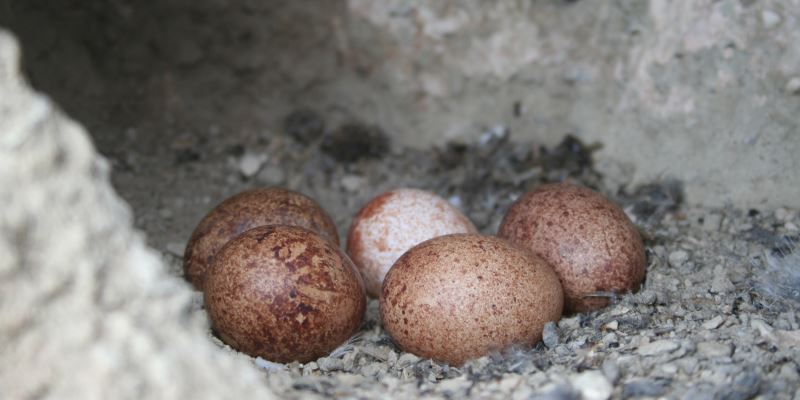 “Of course there are countless exceptions,” says the ornithologist. It may be that the patterns on eggs have other functions: making the structure of the eggshell stronger, compensating for the lack of calcium because the dark marks usually appear on the shell’s most fragile areas. Or they may also result from a process of sexual selection, signalling the quality of females.

Although there are only two pigments responsible for the colouring and patterns of bird eggs, they produce a wide variety.

“One is a bluish or greenish pigment that when present, appears all over the shell and gives the egg a white or bluish colouring.” The other “provides colourings ranging from Brown to red and black, or colours between them,” explains Teresa Catry.

When the latter pigment evenly covers the eggshells, these may become yellow when the pigment produces brown on a white base colour. Or they turn green, when the previous pigment gives them a bluish appearance, notes this ornithologist. “It is this second pigment that is responsible for the appearance of marks and patterns on the eggs.”

In the case of Common Kestrels (Falco tinnunculus), the result is generally dark eggs (reddish brown), with spots that are also brown or dark red, all over the shell. These birds can be found in many towns and cities, including Lisbon, and they normally nest in open cavities.