This programme, spearheaded by 25 European foundations, within the framework of the Network of European Foundations, funds projects that promote and facilitate the integration of immigrants in Europe, namely refugees and asylum seekers, undocumented migrants and those in a situation of extreme vulnerability.

The Gulbenkian Foundation is part of the EPIM founders group and has been a member of its Executive Committee since October 2018.

Besides funding projects, the EPIM also carries out initiatives to empower organisations that support immigrants in areas such as project assessment methodologies; advocacy and lobbying; partnerships, networks and collaboration at EU level; media and communication, and fundraising.

Among the European organisations supported since the EPIM was created in 2005 are several Portuguese organisations with relevant work in migrant communities, such as the Jesuit Refugee Service – Portugal, Solidariedade Imigrante, Caritas Portugal, PROSAUDESC – Associação de Promotores de Saúde, Ambiente e Desenvolvimento Sociocultural, the Portuguese Refugee Council, WHARF and Doctors of the World – Portugal.

This project contributes to the following SDG target: 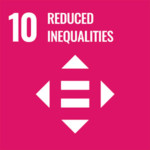 Facilitate orderly, safe, regular and responsible migration and mobility of people, including through the implementation of planned and well-managed migration policies