The research group work, led by Jonathan Howard, focuses on mechanisms of resistance to the ubiquitous intracellular protozoan parasite, Toxoplasma gondii, a malaria relative, which infects about 40% of the human race.

They study immunity of mice against T. gondii because the primary hosts of the parasite, in which it makes gametes and does meiosis, is cats, so the T. gondii life cycle, and its abundance in our environment, is thus driven by an infectious cycle between cat and mouse. Mouse immunity against T. gondii is based on a mechanism absent in humans, inducible GTPases (IRG proteins) that cooperatively destroy the vacuole in which the parasite lives. This mechanism has in turn been targeted by the parasite, via a family of kinases that inactivate IRG proteins. Both the IRG proteins and the kinases are massively polymorphic, consistent with a complex co-evolutionary dynamic. Our work stretches from ecological studies on wild mice to cell biological, biochemical and structural studies.

Work in the laboratory is currently supported by Instituto Gulbenkian de Ciência.
In the past, their work has been funded by the Sonderforschungsbereiche 670 and 680 and Schwerpunkt 1399 of the Deutsche Forschungsgemeinde, and by the European Union’s Horizon 2020 research and innovation programme under the Marie Sklodowska-Curie Grant Agreement number 708694 entitled “Toxoplasma Sensing”.

Researchers carry out simulation of a hospital outbreak 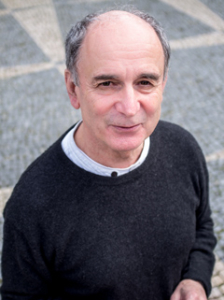