In the Evolutionary Dynamics Group, researchers use theoretical and statistical approaches to quantify evolutionary processes. With projects ranging across all levels of biological organization, they address questions about adaptation and speciation.

What is the shape of the fitness landscape?

The fitness landscape is a useful theoretical concept that illustrates the relationship between genotypes or phenotypes, and fitness. Researchers develop ways of measuring and comparing empirical and theoretical fitness landscapes, with the aim to better understand the prevalence of epistasis (i.e., interactions of mutations for fitness) and to quantify the predictability of evolution.

What is the role of epistasis during speciation and hybridization?

Epistatic interactions can result in barriers to gene flow when populations interbreed. The research group develop models to characterize the temporal allele-frequency dynamics of epistatic alleles, and to quantify the contribution of epistasis to the speciation process.

What is the fitness landscape of abnormal centriole numbers?

The research team uses mutation-selection models to study the evolution of cancer cell populations, and to quantify the mutational and selective forces acting on centrioles (which are found in excess during cancer) across cancer types and stages. In collaboration with Mónica Bettencourt-Dias, they quantify the real-time dynamics of centriole amplification in cancer cell populations.

How can viruses escape the effects of mutagenic drugs?

Based on the theory of mutational meltdown, the research group model different mechanisms of adaptation of viruses to mutagenic drugs. They quantify the probabilities of evolutionary rescue and assess our ability to identify signatures of such adaptation in time-serial genomic data. In collaboration with Maria João Amorim, they perform experimental evolution to evaluate our model hypotheses. 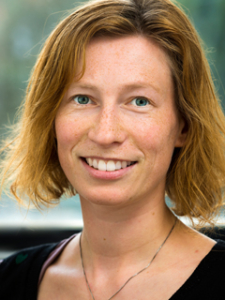