In Raquel Oliveira Lab, researchers study how chromosome architecture contributes to faithful genome segregation. Genome stability relies on the fact that at each round of cell division, the genetic information encoded in the DNA molecules is properly segregated into the two daughter cells. Proper completion of this process, in turn, depends on two major changes in chromosome organization:

In parallel they aim to dissect how different cells respond to compromised chromosome cohesion and condensation, both at the cellular and organism level. By studying the contribution of chromosome structure in the mechanics of nuclear division researchers aim to identify novel routes to aneuploidy that underlie several human conditions, including developmental diseases, cancer and infertility.

Researchers carry out simulation of a hospital outbreak 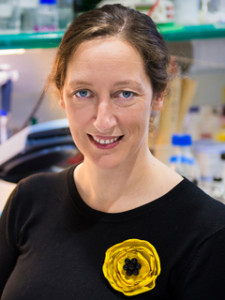